Five of us rode from Key Largo to Key West in February.

If you’re talking about a serious touring-type ride, the ride TO Key West was enjoyable (the operative word is FEBRUARY).

If you want to do serious riding, Key West isn’t where you want to be. If you want to putz around on a rented cruiser or a beater bike to keep from having to find a parking spot in a tiny town that is in total gridlock, then Key West is your spot. Bikes, mopeds and other small transportation vehicles are readily available. (The bikes even come with D-cell flashlights strapped to the handlebars for night riding. Probably to give the drunks something to aim at.) It’s a tourist town/Bourbon Street wannabe.

There is ample shoulder, bike lane or bike path the whole 106 miles, except for a few hundred yards at Bahia Honda. Even though the shoulder is fairly narrow and traffic is running 45 to 65 mph, I never had a close brush. There is enough utility biking in the keys that the local motorists are very bike-aware. A car would pull out onto the bike lane to get on the road, see us, then back up to clear the way. Most of the time they’d give us a friendly wave or a greeting. 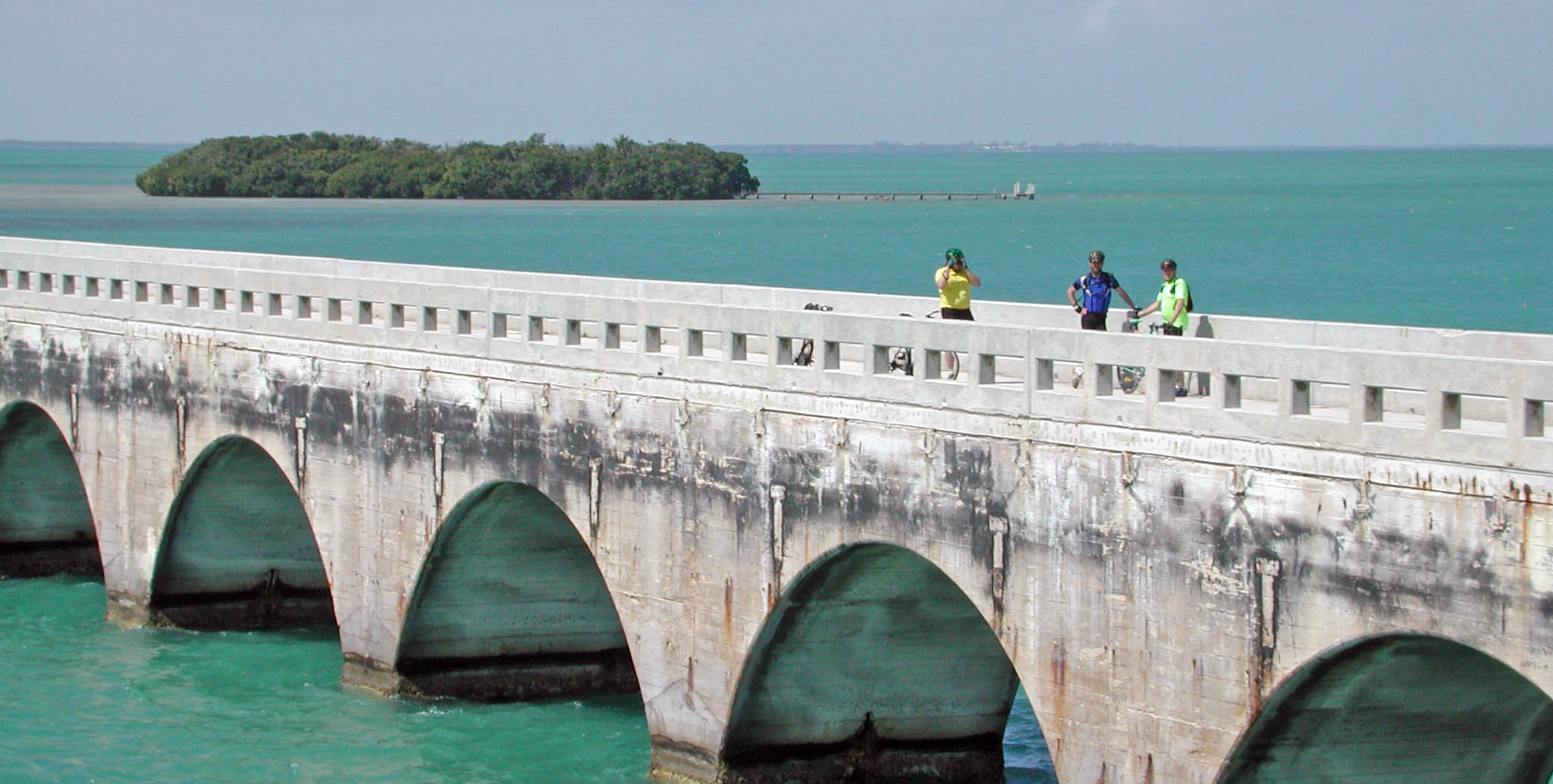 We encountered our first certifiable a-hole in 106 miles about 100 yards into Key West: a Hummer full of college kids who deliberately pulled out to block the bike lane just as I approached them.

My Keys advice in June would follow your N’awlins advice: find a cool spot and hunker down. It was a hot ride in FEBRUARY. It would be a killer in the summertime. I had a couple of friends who rode it in July. Took ’em four days with all the stops they made to jump in the water to cool off.

If you want more details about the Keys ride, lemme know. (By the way, the beaches in Key West ain’t all that great.) 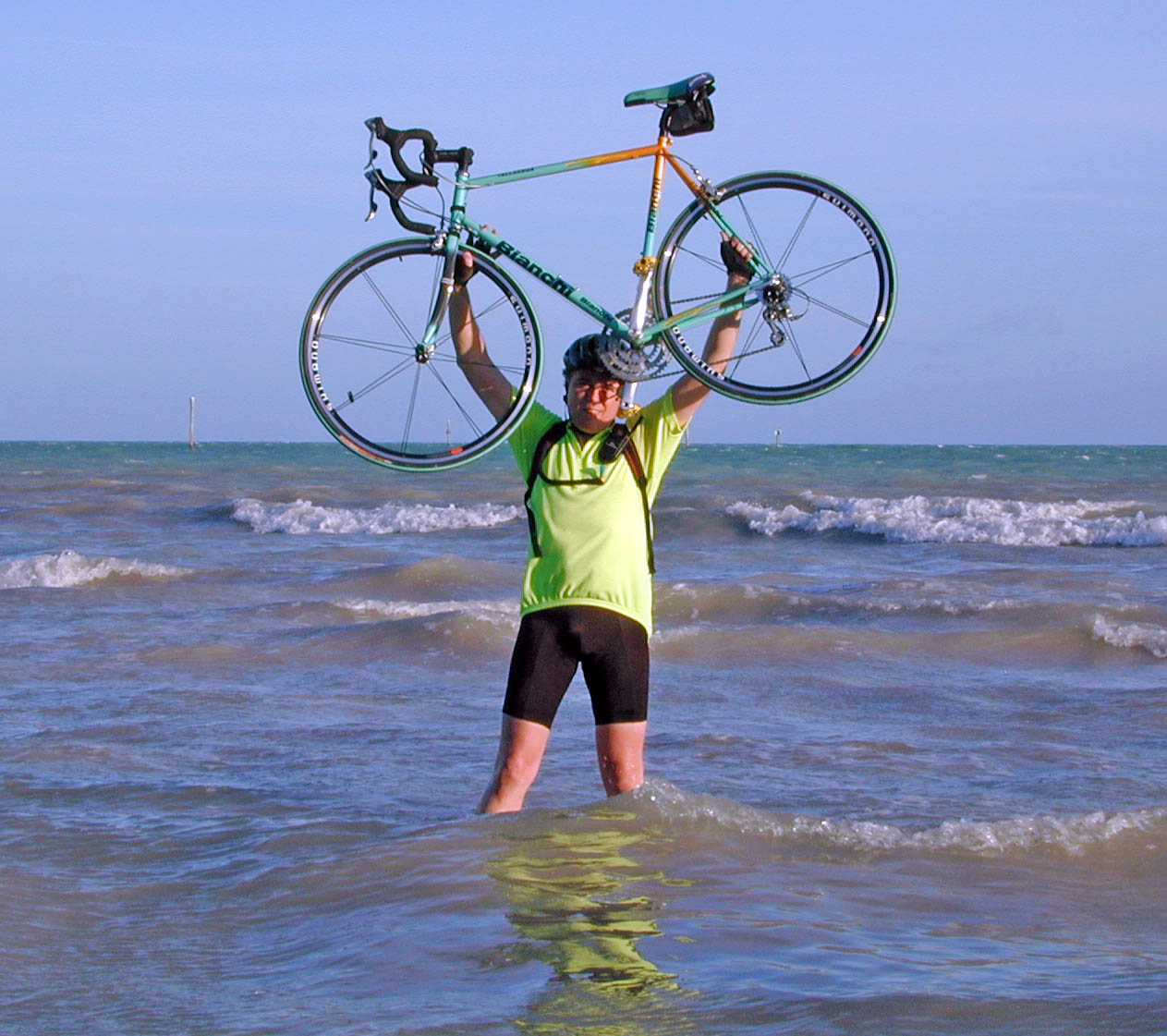