Foodie Friend Jan Norris asked if I’d like to head up to watch a night launch of the Space Shuttle.

Wife Lila, who went up to watch the John Glenn launch, said she’d go “only if she could feel the ground shake.” After having to endure several of Jan’s snide comments, she finally assured us that she had a viewing area where earth shaking could happen.

She recommended going to Robert Nicol Park due west of the launch site.

Want to see a picture of the earth-shaking launch? 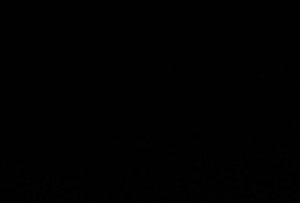 You can’t see anything? That’s ’cause it didn’t happen.

Eighty miles up the road, while we were engrossed in a mystery audiobook and looking forward to the gourmet sandwiches Jan had packed, Wife Lila’s cellphone rang. It was Son Matt, AKA Farmer Matt, with bad news: the launch had been delayed 24 hours.

Let’s see if we can resked the rooms

Jan called to see if we could cancel our room reservations. Nope. It was 5 P.M. and the deadline was 4 P.M. How about if we MOVE them to Thursday night? That’s OK.

We planned to go back to West Palm Beach Wednesday night, drive back up Thursday for the launch, stay overnight and return early on Friday for baseball games, doctor’s appointments and the Freakbike Militia’s ride. Unfortunately, the AP wire story said the delay would be until Monday, Sunday at the earliest. Darn!

Looks like we’re going to blow it off and eat the rooms.

I’ve seen the Shuttle before

Son Matt and my mother and I got credentials for STS 6, which was the first launch of the Challenger, as I recall. We were closer than the general public, but not as close as the VIP area. Close enough, though, that we could “feel the ground shake.”

I gave Matt, who might have been 10 or 12 at the time, a camera and said “have at it.” I was amazed when I looked at his film. I figured a kid that young would be mesmerized by what he was seeing and forget all about taking pictures. That sucker managed to track it until it faded from sight. Not bad.

Back in 1986, our afternoon paper, The Evening Times, was swallowed up by our morning paper, The Palm Beach Post. The Times’ education writer had gotten credentials to cover the launch of  school teacher Christa McAuliffe into space before the merger. Management decided not to let her go. “We’ll just send a photographer,” I was told.

I thought the reporter had gotten a raw deal after showing the initiative to get the clearances, so I told the editors, “If the story isn’t worth a writer, than I’m not going to send a photographer. [Here’s the part I hope gets forgotten:] Besides, these things have become so routine that we might as well run down to Palm Beach International and shoot Delta taking off twice a day.”

I guess we remember how THAT turned out, don’t we?

Nobody who was in Florida and looked up into the sky that day to see those twisted contrails will ever forget it. Like I wrote after watching the last night Shuttle clearing our neighbor’s roof, “I found myself holding my breath last night until  STS-126 got past the phrase, ‘Go at throttle up.’”

I think we’re going to pass on this launch. The timing is too iffy. I wish the crew success.