We Baby Boomers grew up in a time of contradictions: on the one hand we were told by friendly turtles that we’d be safe from a nuclear explosion if we ducked ‘n covered under our school desks; on the other, we were constantly being warned that some activity or another was likely “to put an eye out.”

While rummaging around in the time capsule otherwise known as my Mother’s attic, I came across a 24-page publication, The Police Safety Review, which had been distributed by the Cape Girardeau Police Department. There’s a 1954 Rube Goldberg cartoon – yes, THAT Rube Goldberg – in it, so I’m going to guess it was published in the mid-to-late 1950s. 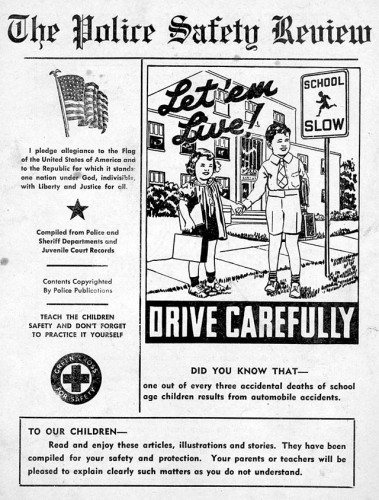 Do something illegal or careless and you’re likely to be

Hold on to truck, be crushed to death 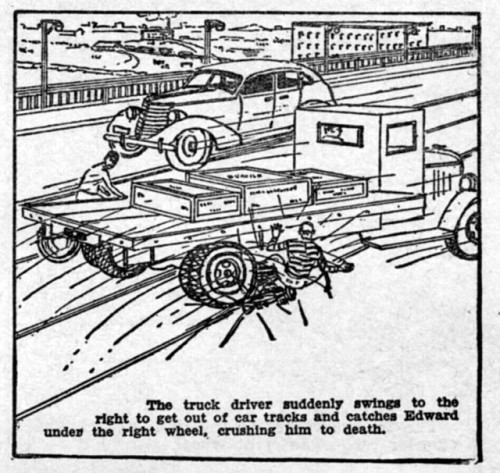 Ignorance of the law: die on way to hospital 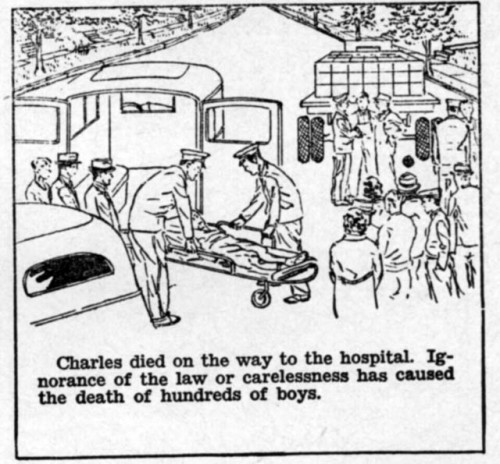 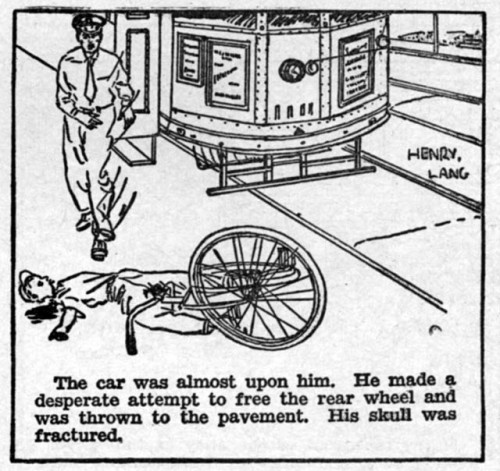 Racing with head down: seriously injured 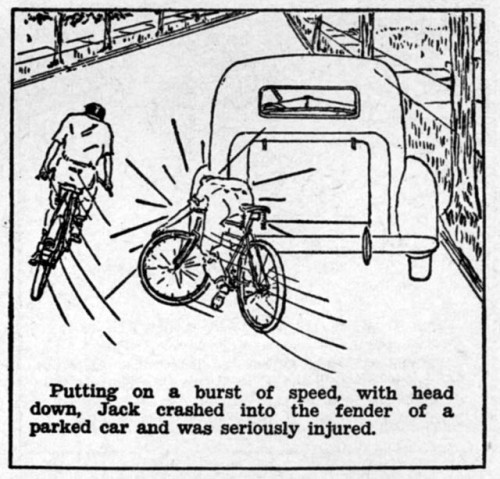 Ride on the sidewalk: seriously injure a child

Failure to stop: die on way to hospital

Ride on handlebars: scarred for years

Train for Century: break your bike, go to hospital

These boys were training for a 100-mile ride between Chicago and Milwaukee when they got their signals crossed and crashed into each other. The editor was obviously disappointed to note, “The riders were not violating any city ordinance because they were outside of the city limits. The editor fails to find anything pertaining to participation of bicycle riders in races or endurance contests. On the contrary, these boys were not racing but were training on a highway; however, their act is a dangerous practice.”

Think about your boyfriend: never walk or ride a bike again

Here’s where you can find the whole booklet

Here’s a link to the whole booklet as a gallery so you can see the “rest of the story” that lead up to these horrible consequences.

There’s an excellent chart of bicycle parts and some very detailed pen-and-ink cartoons that are fun to look at. Overall, the publication makes some good safety points.