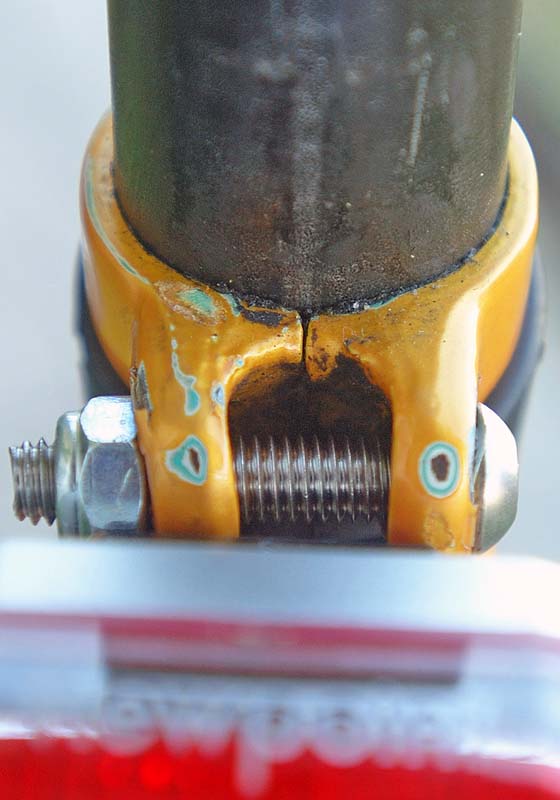 During my normal Saturday morning ride, I started getting less and less comfortable. Ten or so miles in, my knees felt as though they were going to hit my chin when I was in the drops. What was happening?

Simple answer: my seat was slipping down.

By the time I got off the bike to see what was going on a few miles later, I had lost nearly two inches of the seat post down the tube. Not good but fairly typical of an old, steel bike.

My bike and I both are going soft with age. As you can see from the picture, the top of the frame where the seat post sits is touching. There should be an air gap there when the post is tight. As the frame ages and stretches, you loose the ability to really clamp down on the seat post.

(Also note that the rubbing of the bike bag has worn away at least two layers of paint.) 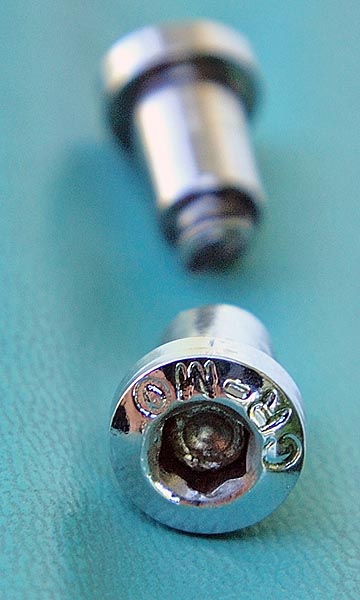 Being a well-prepared cyclist, I had the right size hex wrench in my bag. Until I had a chance to shim out the seat post with a cut-up aluminum soda can, I could just really crank down on the clamp and it would hold this one last time.

My bike had other ideas. It was tired and it wasn’t going to take it anymore. When I give the bolt a half-twist, it shattered and shot nearly eight feet away.

I’m fifteen miles from the starting point and my seat is now flush with the frame. This is a six-inch difference from where I would normally ride. Not fun. The nearest bike shop is seven miles. I couldn’t think of anywhere nearby that would have a bolt at eight in the morning.

J-Town Bikes and Ace Hardware to the Rescue

Fortunately, I ran into Richard who works at J-Town Bikes. He biked up into the same Circle-K parking lot as I was sitting. He suggested I try the Ace Hardware store not two blocks away. I never would have known it was there. (Richard also was the one that gave me the soda can idea for the permanent fix.) 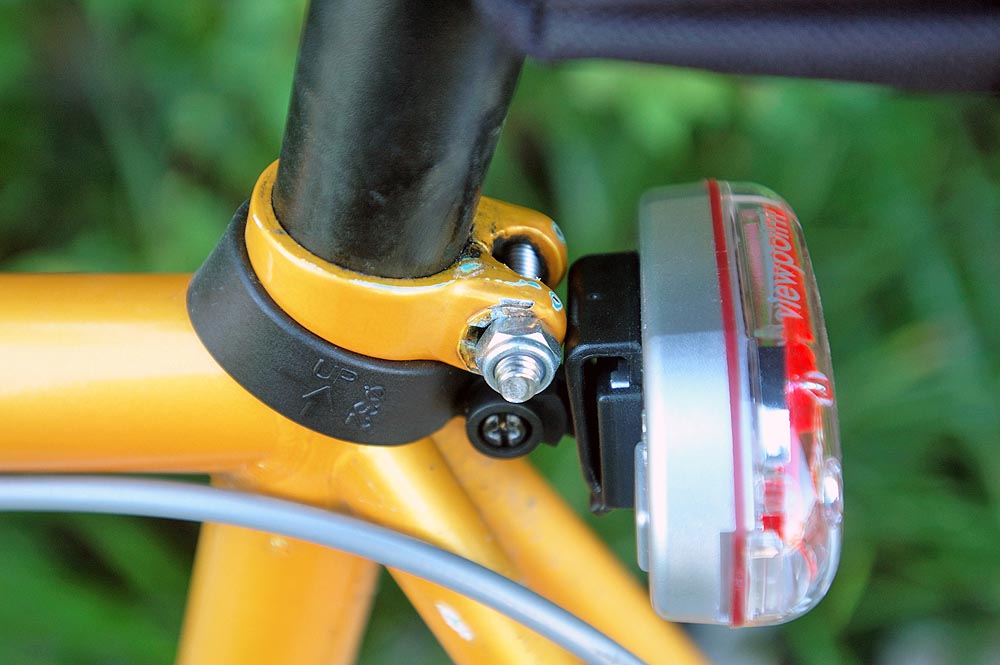 Sure enough, the Ace Hardware had a bolt that would work until I could fix the bike for good. The bolt and a hex wrench in the new size cost $2.09 and that included tax.

So, you’d think I’d fix the bike as soon as possible to avoid any additional problems, right? That would be he most responsible thing to do.

Three weeks later, I’m still riding with the temporary bolt and without the seat post shimmed out. It still slides a little over the course of a 30-mile ride.

I’m writing today in the hopes that with this public admission that I’ll guilt myself into doing the right thing and getting the bike fixed before this weekend.

Check in with me Monday.