Does This Man Have Your Bike?

Coach Cane with City Coach tipped us off to this bike thief out of Toronto. If you have a New York Times login you can read their story about Igor Kenk for details. 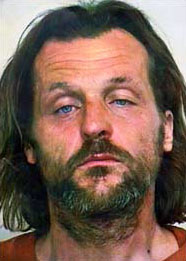 In short, the guy was found with 2,865 bikes in his possession. Since his arrest, bike thefts in the area of Toronto where Kenk lived are down 20%. The good news is that nearly 500 of the bikes have been returned to their owners. The rest, however, are still available for public viewing for potential recovery.

The number of bikes he had boggles the mind. I have never been in a bike shop with 300 bikes on display. This guy had ten times that number. He could ride a bike a day for the next seven years and never ride the same bike twice. That’s almost as many bikes as (PBBT regular) Keefer has in his stable.

What was he going to do with the bikes?

No one seems to know.

In addition to the bikes, Kenk was also found with a bunch of drugs. He may have some mental problems. Others think he was stocking up on bikes so he could sell them once scrap metal prices rose again.

Interestingly enough, Kent had rented storage space all over town for the bikes. Nothing I have read thus far tells where he was getting the cash to cover the rent.