Jackson, Missouri's, Wib's BBQ Drive-In was born the same year I was, 1947. I don't think my parents took me straight from the St. Francis Hospital to Wib's, but my grandson, Malcolm, below, was still in diapers when he made his first pilgrimage.

My buddy, Chuck Keefer, has been bragging about South Carolina BBQ, so I felt it was time to write about the best barbecue sandwiches in the universe and set him straight.

When we were in Cape Girardeau last fall, I managed to make four visits to the place, much to my mother's chagrin. We figured that at least five generations of our family have eaten there over the years.

I practically lived there

I practically lived at Wib's when I was working for The Jackson Pioneer in the mid-60s.

The sandwiches were cheap and they made the best shakes in town. (Unfortunately, they quit making shakes several years ago and the wonderful homemade pies are history, too.)

Best of all, it was located just down the road from the newspaper and courthouse and almost right next to a small park with a municipal swimming pool that was a great source of wild art.

(Nah, Jackson wasn't THAT wild. Wild art is newspaperspeak for pictures that can run without a story. Think cute kids and animals.)

What's special about the BBQ? 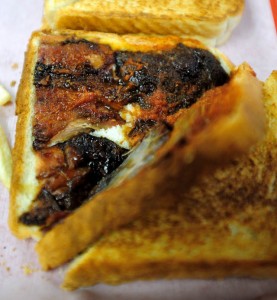 I don't know. My mother claims that no pigs are hurt in the making of the sandwiches, and I have to concede that they are a little light on meat.

On the other hand, what's there is nicely smoked and touched off with a peppery sauce that doesn't overwhelm the taste of the meat. If you order a Brown Hot (the brown, outside, smokier part of the shoulder) with hot sauce, you'd better have a drink handy.

A short history of Wib's is printed on the back of the menu. It was founded by Wib Lohman, who had a trucking company. He started out selling barbecue sandwiches to his drivers.

The original smoker used hickory and nothing has changed. 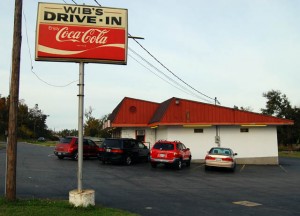 It's just a concrete block building painted white. There's plenty of parking and a walk-up area on one side. The front door was always notoriously hard to open, but that was solved when a local teenager ran into the front of the building June 17, 2008, doing about $25,000 in damage.

He fessed up to his parents and restitution was made. The front windows were changed to deeper ones and the balky front door was replaced.

One wag remarked, “That poor kid will have to leave town. He's going to be known as the boy who drove into Wib's for the rest of his life.”

Wib Lohman got tired of running a seven-day-a-week, 6 a.m. to 1 a.m. business and sold it to Jack and Sweetie Hoffmeister, who ran it until 1972, when it passed on to A.D. Hoffman. It stayed in the Hoffman family when A.D.'s son and his wife took it over in 1986.

300 sandwiches go out at lunchtime 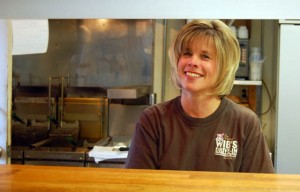 Prime time is the lunch rush when about 300 sandwiches are served. 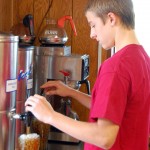 In the Old Days, the place had four car hops to handle drive-up orders. If you don't want to eat inside, these days you can go inside to a walk-up window to place your to-go order. 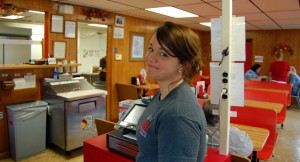 Every kid in Jackson must have worked there at one time or another. Many started in high school and continued through college. At least one couple met while working at Wib's and the proposal took place in the parking lot.

Wib's even has a Facebook Fan area with 500 members.