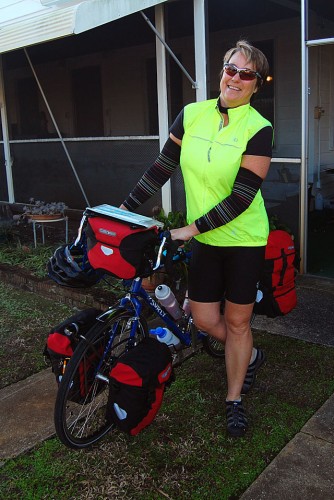 Back in the Fall of 2010, I got a message from Kelly Bilak asking for information about riding to Key West after seeing a couple of Palm Beach Bike Tours stories.

We traded several emails where she said that she and two friends – Carol and Barbara – from the Atlanta area were planning to start in St. Augustine, ride down the east Coast of Florida to Key West. Kelly rides a Surly Long Haul Trucker. Carol and Barbara are recumbent riders.

Bent, bike and tents in back yard 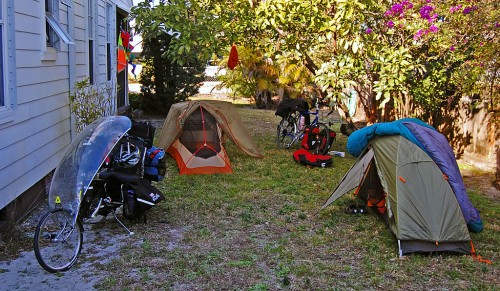 In the middle of January, I got a message asking if I knew of any place to camp in Palm Beach County. The county park they had planned on required them to pay for a two-day stay since they were coming in on a weekend, and they were going to be charged by the tent, not the site. It was going to cost more than staying in a hotel.

I offered up our spare bedroom, but they said they’d be fine camped in our back yard. 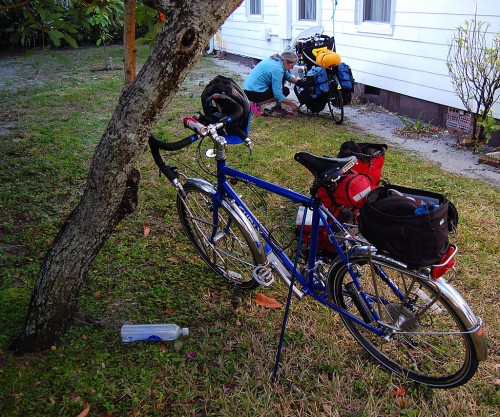 I notice that Kelly’s Long Haul Trucker was being held up by a Click-Stand. “I read about it on your site,” she said. I was impressed that she had it made to match her LHT. I noted that she had copied my PVC pipe mount (attached to the the left side of the bike).

Kids grew up and the dog died 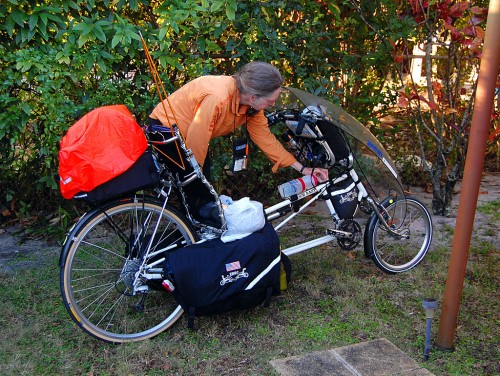 Barbara, packing her bent, said she’s been touring since she was 21. It’s gotten easier, she said, “once the kids left home and the dog died.” 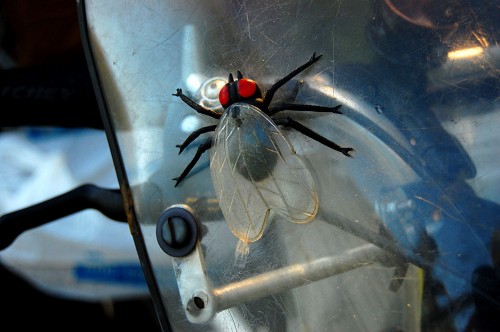 Barbara’s mascot on her bent’s fairing was neat. If she’d spent much more time in Florida, she might have traded it in for a Love Bug or a Glades Mosquito, though. 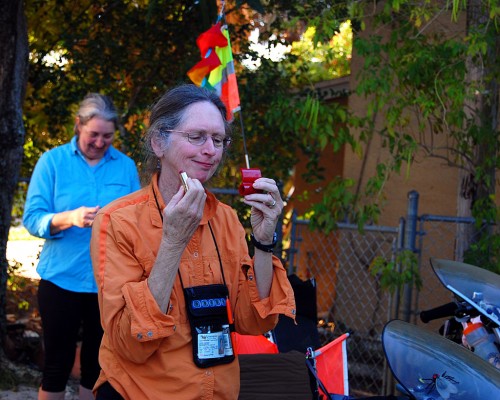 They arrived early enough to get a driving tour of the area and have a good Mexican meal. They were impressed enough with Palm Beach to decide to go for a side trip on the Palm Beach Lake Trail the next morning before heading off to Ft. Lauderdale.

Just because you’re sleeping in tents and sweating on a bicycle all day long doesn’t mean that you aren’t conscious of how you look. Barbara makes one more adjustment before heading off to Palm Beach. 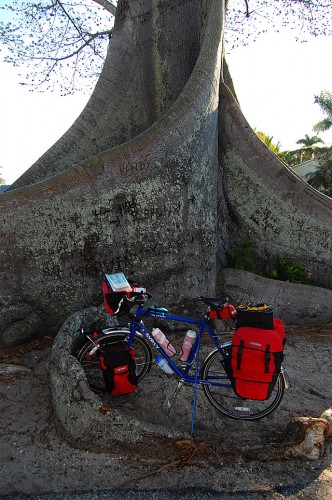 The roots of a giant kapok tree near the Flagler Museum dwarf Kelly’s Long Haul Trucker. 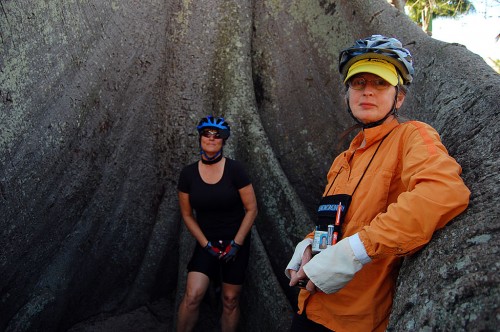 Kelly and Barbara posed in the roots of the tree. While we were there, a mother and her daughter quizzed the women about their trip. You’ll have to listen to them on the video below. 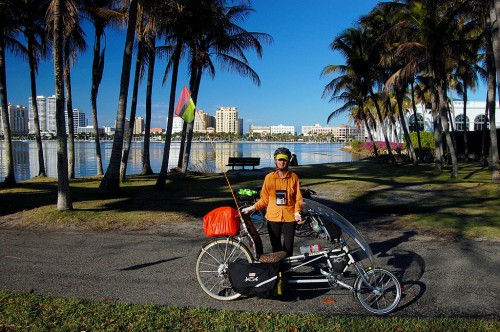 West Palm Beach’s skyline looks impressive in the background. The Flagler Museum is on the right. 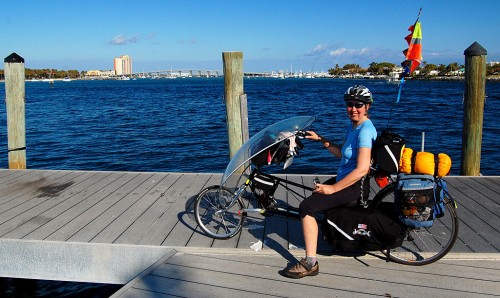 We stopped at the north end of the island for the obligatory Palm Beach Docks photo. On the way south, the riders asked if I knew of any public restrooms since the morning coffee was looking for release.

I explained that the good folks in Palm Beach don’t provide things like beach access or restrooms for commoners. On our way south from the inlet, I suggested that we stop at the fire station to see if they would let some tourists get some relief. They were more than helpful and friendly. You might want to file that bit of info away for a time of need. 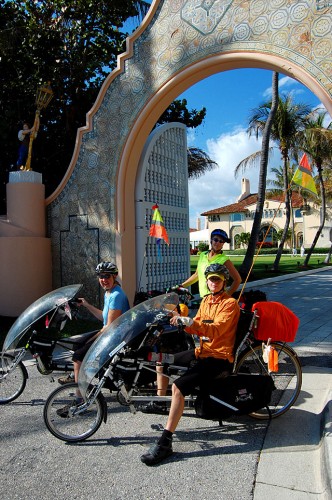 The ladies posed for one last photo under the arch leading to Donald Trump’s Mar-a-Lago before I headed for home and they headed to the Keys. They made it safely home. You can see Carol’s photos and journal here.