A ride report from my brother Mark in St. Louis:

Matt, on his visit to St. Louis, was nice enough to give me a bike jersey that he and his A/B riders wear on occasion. It’s the “On Your Mark” jersey. The weather that I had been waiting for came this week and I pulled on the jersey and headed out for a ride.

My brother is crazy

Tuesday was the day that we hit our high for the year, 98 degrees. The heat index was 102. I like to ride when it’s hot. I also like to sit in the car with the windows up when it’s hot and let the heat warm up my bones. Sorta like being a ham in an oven effect, nonetheless I like the heat to a no-pun-intended, “degree”. 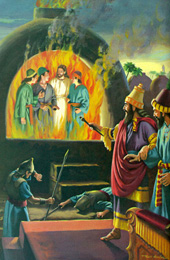 I went to Forest Park and did my loops of the park and immediately noticed that I must be the only one who likes that kind of weather because there were no other riders at 3pm in the afternoon.

I admit that it was hot. With every 6 mile loop of my route I filled up a water bottle.

When traveling on a bike there is always some constant breeze (given you are going fast enough to generate one) and that became very evident each time when I stopped to fill up my water bottle. As soon as I unclipped my feet the rush of stifling heat surrounded me and the sweat would pour off me much like the waterfalls the kids had taken refuge in. 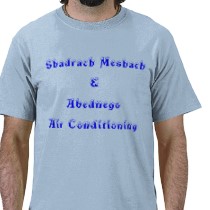 But I like the heat. Back on my bike I began to feel the heat get the best of me around mile 28. I told myself that I would stop at mile 30 and call it a day OR when the bright sky started filling up with specks of darkness right before I blacked out. I was just rounding out my 30 mile mark when I looked over to see three other riders with me, it was Shadrach, Meshach and Abednego. Apparently the Angel decided to sit out this fiery furnace ride.

[Editor’s note: for those of you who weren’t consigned to a parochial school for eight years, plus kindergarten, you can read about the Three Men in the Fiery Furnace here.]

The heat did not beat me to the point of blacking out and luckily I was close enough at mile 30 that I could coast to my car, load my bike up and sit in the car this time with the air conditioning on FULL blast. I have learned that a 102 heat index is my bar for NOT going out to ride.