Fewer Than Five Miles From Campus? Get a Bike 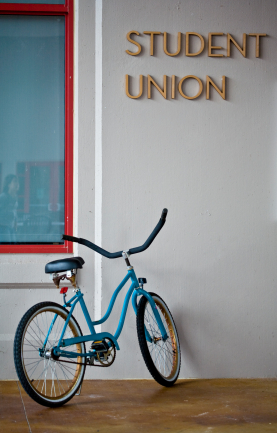 More than five, fewer than 15 miles? Get a nice bike.

This is Florida, not Minnesota. We don’t have four feet of snow on the ground for three months out of the year. Yeah, it’s hot, but the Florida Atlantic University campus has showers. Unlike Boulder, Colorado, there aren’t any uphill climbs on the way to the college. I doubt FAU’s Boca Raton campus is more than 20 feet above sea level. I know for a fact that the campus itself is flat because it was an Air Force base in World War II and many of the parking lots are old runways.

These are college students. They should be in relatively good shape able to bike five to ten miles. If they aren’t, well, a semester on the bicycle will help them get into better shape.

Parking at FAU Has Always Been Tough

When I was (briefly) a student at FAU in 1994-ish, students hated the parking situation. There was plenty of parking. In fact, most lots were more than half empty. The problem was the parking lots were former airplane landing strips and it wasn’t uncommon to have to walk a really long way to get from car to class.

I lived 22 miles north and was stuck driving a car. I envied the students who zipped right up to the front of the building where their class was held. No parking problem. No walking three-quarters of a mile. Just ride, hop and lock. Sweet.

A parking garage, the suggested solution, will cost a few million dollars at a time when the state university system is a billion or so dollars short. Bike racks, really nice covered bike racks or even bike lockers, would cost a tiny percentage of the cost of a parking garage. 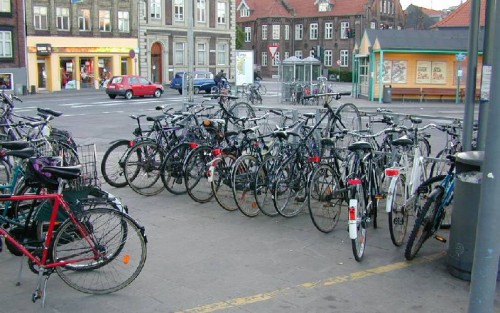 As we can see in the above picture, 20 bicycles will fit in the space of one Cadillac Escalade.

You want to protest the lack of parking by simply not showing up to class? What does that accomplish? How is that type of protest sustainable? Are you just going to skip class until the parking problem is solved through expulsions? Good plan. Not.

If you really want to accomplish something, ride your bike to class. Instead of paying between $63 and $625 to park on campus, ride your bike. It’s free. No decal needed. (Motorcycles, too, require no parking decal.) If you live too far from campus to complete a bike-only commute, add in Tri-Rail and Palm-Tran.

My buddy, Ryan, is in his late-20s and doesn’t own a car. I’m pretty sure he isn’t even licensed to drive. He managed to graduate from New College in Sarasota (Florida) while owning a bicycle. He managed to keep a job in Portland (Oregon) for two years on a bicycle. Now that he is back in Palm Beach County, he commutes to work on his Electra Townie.

If you need help planning your bike commute or want to whine about how you can’t commute by bicycle, please comment below.

5 Replies to “Boca FAU Students: Get a Bicycle and Quit Whining”