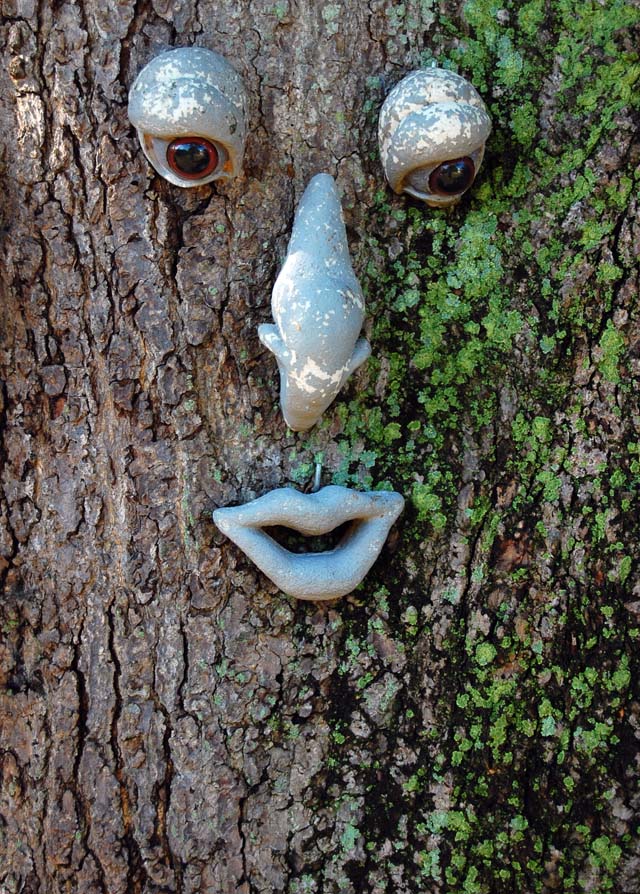 I was sitting at the dinner table, snacking on a fresh mango off the tree in our back yard, when I heard The Other Half (TOH) say something about finding some typos on PBBT.

I told her I’d give her edit access so she could correct them, but she said she’d just make notes and I could fix them later.

Now here’s a confession: Kid Matt set up this site and wanted to salt it with content, so he took a bunch of messages I’d posted to cycling newsgroups, boiled down the info and stuck them in the archives, figuring I’d either flesh them out or delete them when I had time to catch up.

Don’t get me wrong, Matt has great verbal skills and a wonderful writing style. But TOH said, when he was in about the third grade, that “this is a kid who is going to need a job high enough up the food chain to have a secretary to clean up his prose.”

When I finished my mango, here’s what greeted me. 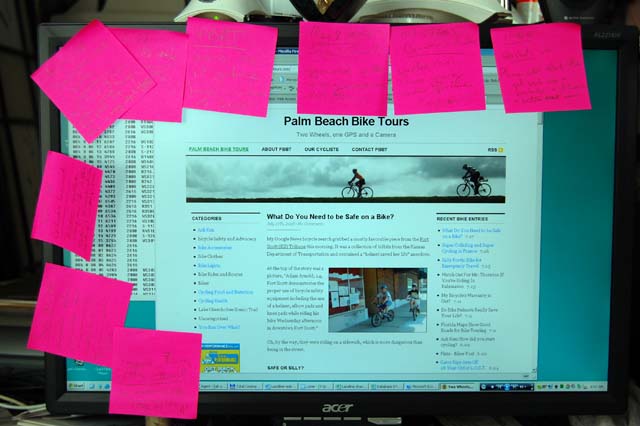 I immediately thought of the proverbial blonde who had to buy a new computer monitor, because the old one was covered with so much correction fluid that she couldn’t see anymore.

So, do I fix this blizzard of pink, or do I do what our newspaper does?

I’m headed down Retirement Lane, so I’m going to let you in on a secret about the newspaper business: we’re perfect. Every reporter gets every fact right, every word is spelled correctly and no editor ever screws that up. Nobody in the composing room ever gets the picture of the mayor and the picture of the city’s new garbage cans mixed up. The sports scores never have the wrong team winning and the carriers never pitch your paper in a puddle.

So, what’s the problem? Focus groups told us that there are some folks who aren’t happy unless they can find fault. Perfection doesn’t let them feel superior.

Solution: we hire an editor whose sole job is to sit in a dark corner with bucket of spare punctuation and nonsense words that he flings willy-nilly into the copy to change otherwise perfect stories into something, a little less than perfect, for those pickers of nits.

The average reader, thankfully, generally doesn’t notice – or care. After all, slay and sleigh both get across the idea that some thug has been taken on a ride to that great garbage pail in the sky, gone beyond the pale, so to speak.

OK, I’ll make the changes. I just have to go out and buy a new computer monitor first.

2 Replies to “I’m Living With a Blonde Joke”