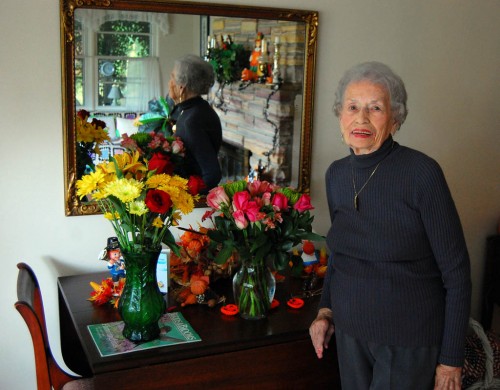 It’s that time of year again when we celebrate my mother’s Birthday Season. She determined several years ago that when you reach a certain age, a single day just won’t cut it. We arrived in town a week ago and she’s been going hard at celebrating her 88th doing things like getting her driver’s license renewed.

(She missed identifying two traffic signs on the test – “I know what to do, I just don’t know what they’re called.” She came home, studied like a teenager going after her first license and aced it the second time around. She’s spent the past two days calling out traffic signs to me while we’ve been tooling around SE MO.) 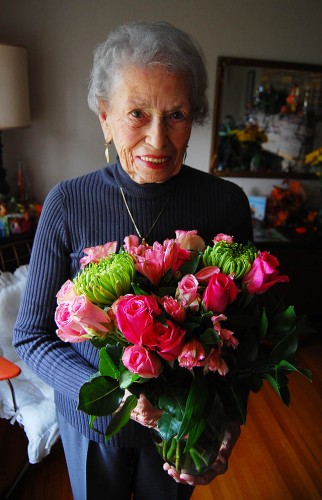 “Never had a bad birthday”

Mother has always said ‘I’ve never had a bad birthday.”

Last year we documented some of her other Birthday Seasons.

Not only did she get a whole herd of presents, but we took her on some interesting r0ad trips, including Grand Tower Natural Area, where she ate her fill of persimmons; a stay with Bro Mark in St. Louis (whose furnace is broken with temps in the 40s); a stop in a karaoke bar (that’s a story that will be covered in great detail on our future Central High School site) and  a visit to a fellow who lives in a pre-Civil War home alongside the Mississippi River.

We can’t wait for the next Birthday Season to come around.

One Reply to “Mother’s Birthday Season 2009”