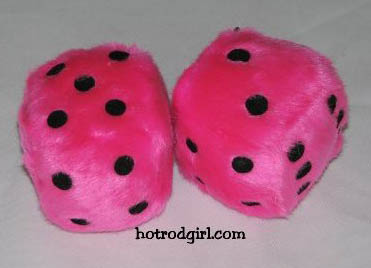 The Michigan State Senate finally got around to making it safe for fuzzy dice in the State of Michigan.

The Detroit News reports that the chamber voted unanimously for a measure that strikes down a law that says items dangling from the rearview mirror are a no-no.

“We understand there are many distractions in cars, such as cell phones or GPS systems, but we did not feel that a rosary or air freshener was in the same league,” said Sen. Ron Jelinek, R-Three Oaks, sponsor of the bill. “This will help make it legal to do what thousands of Michigan residents already do — hang a memento from their mirror.”

Under the law, police officers can stop cars at their discretion. A court ruling in 2008 determined that any item was an obstruction, no matter its size. Jelinek’s bill drops “dangling items” from the law and says a motorist can only be pulled over for objects that clearly obstruct the driver’s vision.

What did the Senate NOT pass or vote on?

While making the world safe for fuzzy dice, streetblogs.net said they didn’t pass or debate

One Reply to “Your Fuzzy Dice are Safe in Michigan”