I saw this over on the Cycle Jerk yesterday and sent it over to my 5-year-old grandson, Malcolm, who is laid up with some kind of intestinal disorder that I hope he hasn’t passed on to me.

His mother replied, “He liked it. He said she’s a really good drawer. That’s draw-er, as in  artist. Not drawer, as in dresser.”

That brought back the Nightmare of Art 101 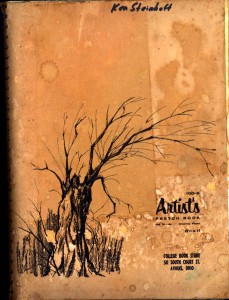 Art 101 was a requirement for Ohio University photo majors.

I couldn’t draw a conclusion

One of the first assignments was to fill a sketchbook with renderings of a common object you see every day. 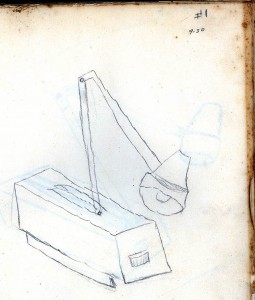 We weren’t on the same page

He was thinking, “picture: show in, or as in, a picture; “This scene depicts country life”; ‘the face of the child is rendered with much tenderness in this painting’.”

My work came closer to “melt (fat or lard) in order to separate out impurities; ‘render the yak butter’; ‘render fat in a casserole.'” 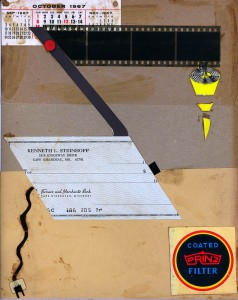 My first subject was my desk lamp

After a number of attempts that made primitive art on cave walls looked advanced, I tried to fake it with a collage.

Some of the sketches showed some real bursts of talent

That’s because the girls working on either side of me, recognizing that there was no danger of ME raising the grading curve, agreed to “help” me with my sketches if I’d “help” them with their required photo course. After a couple of contributions, I had to pass on their work. The contrast between my stick drawings and what they were doing, even after I asked them to “dumb it down,” was too obvious. 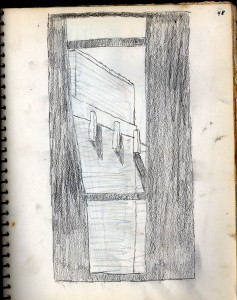 Then I found that I could put a negative in the enlarger, project the image onto my sketchbook and use my pencil to make the reflected image a solid gray color, ending up with something that actually could be identified.

I become an object of pity

Finally, the prof said, “This isn’t working out. You’re trying, but….

“Since you’re a photographer, I’ll accept a photo or a contact sheet of whatever you’ve taken for the day as being your “sketches.”

At the end of the quarter, he pulled me aside and said, “I’m going to give you a passing grade, but, thank god you’re a photographer.”

My sketch book is available for purchase

If anyone sees real talent in my primitive art, I will make my sketch book available to the highest bidder.