We’re trying to get loose ends wrapped up so we can head back home to Missouri in the next day or so. The heat index here in S. FL this morning was 93. Cape Girardeau’s temps were in the low 40s. That’s going to take some adapting.

I can recall one chilly ride several years ago that I discovered an area that wasn’t covered by arm warmers and leg warmers on fast downhill rides. If the day hadn’t warmed up, I’m afraid I’d have been reaching into the panniers for a third sock.

We’re going to miss some good events while we’re out of town.

The Florida Bicycle Association sent out reminders this morning from some events that will benefit the FBA (and be a lot of fun to participants. Here’s a brief rundown.

Share the Road Ride sponsored by the St. Petersburg Bicycle Club in conjunction with the Bicycle Bash by the Bay. 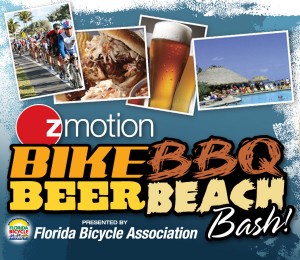 The event includes a ride, an all-day beach party, BBQ buffet, beer and tons of fun! Activities for the kids with balloons, snowcones and much more!

Ute’s October Blast will be 36 and 62 miles along A1A, originating at Downtown Bicycles, 2533 East Sunrise Boulevard in Fort Lauderdale. Riders in the 36-mile ride will proceed north on A1A to the first rest stop at Spanish River Park in Boca Raton before returning south on A1A back to the start. Riders who want to do a metric century (62 miles) will go  north to the second rest stop at Ocean Inlet Park in Boynton Beach before looping back south on A1A to Downtown Bicycles to enjoy a post-ride lunch, music and a complimentary massage. 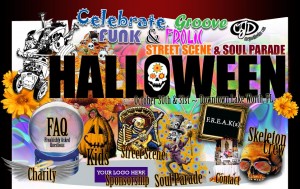 While this isn’t strictly a bicycle event, there’s a rumor that some of the Freakbike Militia will show up to ride in Friday night’s Soul Parade. Halloween is The Big Ride for the FBM, so anything that can expand and extend the Halloween Season is a Good Thing for them.

For more details about the Lake Worth Event, which sounds like a bag of fun, click the poster.

We have to be home for Halloween Chopper Night Oct. 28

Here’s a quick description from the Freakbike site:

It will be on Wednesday, October 28, 2009, 7:00pm at the corner of Southern and Flagler. Of course this will be a Halloween cruise but this one will be not retro, but our own generation’s horrors!

I’ll post more details when we get closer to the date.  If it’s anything like the  Summer of Love Ride, it’s going to be a blast for riders and spectators alike.

One Reply to “October Coming Events”