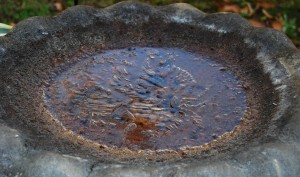 When I went out to call the cat this morning (stupid cat starting meowing to be let out at 5:30 A.M), I was suprised to see ice on the birdbath. I haven’t seen that in several years. It didn’t look like any of the foliage around it was burned, so maybe not much damage was done. 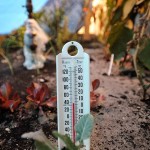 Kid Matt planted a backyard garden last week and is showcasing it on his website, complete with live TomatoCam.

I was director of photography for The Palm Beach Post and The Evening Times back in those days. We knew it was going to be cold, but not that it was going to drop to an all-time record of 24F. It was a night to bring in the brass monkey.

Shortly after daybreak, my phone rang, never a good thing. It was George Hathaway, the overly-excitable city editor for the afternoon paper, The Evening Times.

“It’s snowing!!!” he was screaming into the phone 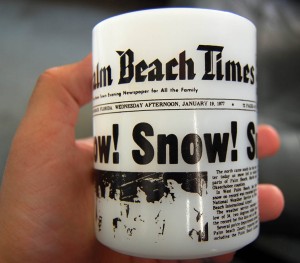 “George, this is Florida. It doesn’t snow in Florida. It’s just the Florida Power & Light power plant clearing its throat and blasting some ash into the air,” I explained rationally.

I live 1.9 miles from the office, but I’m pretty sure that this time I didn’t need the telephone to hear him. I looked out the window.

The next 10 minutes were spent on the phone and radio dragging the photo staff out of warm beds. “No, it’s NOT the bleeping FP&L plant, it’s bleeping SNOWING!” I kept repeating.

Lab tech Hilary got the only snow picture

Much to the chagrin of my high-powered photo staff, Hilary Johnston (now Carmichael), the chief lab tech, was the only one who managed to get a picture of the actual snow before it melted. As I recall, she snapped a quick shot of a few pellets of snow on her car windshield before they disappeared.

The event was immortalized on a popular coffee mug that was sold to the public. 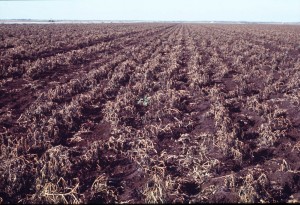 Amusing to us, disastrous to the farmers

While we coastal city dwellers were having fun laughing at a local K-Mart that had received a shipment of snow shovels and sleds by mistake and put them in front of the store, farmers in The Glades were facing a disaster. 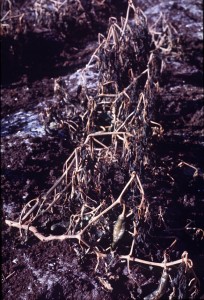 At some point, they had to give up attempts to keep their crops above the freezing point with smudge pots, flooding and helicopters. When the sun came up miles and miles of produce like these peppers were burned beyond saving.

7 Replies to “Snow in Florida, Ice in the Birdbath”