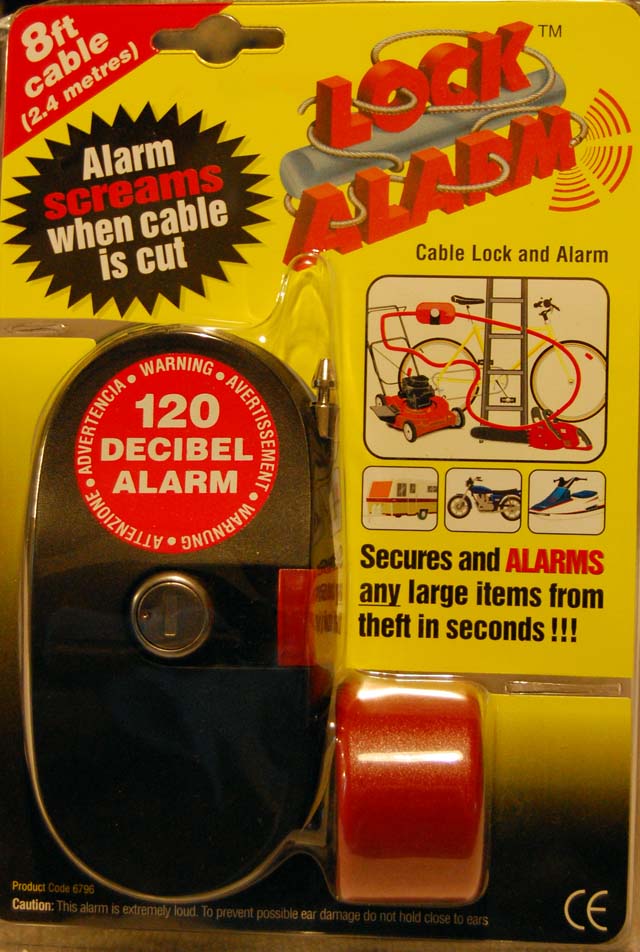 Cycling tourists believe that one or more of three things should be on your bicycle at all times if you expect to keep it: your hand, your butt or a strong lock. One of the phreds mentioned seeing an interesting cable lock at The Graveyard Mall, a site that says it’s “where high prices go to die.”

It was supposed to have an eight-foot plastic-covered cable with a 120db alarm. All for ONLY $9.99 each, plus shipping.

Graveyard Mall doesn’t have the fastest shipping, so I had almost forgotten that I had ordered the things when a big box showed up. I ripped it open to find the locks safely protected in those blister packs that cut you all to pieces while you’re trying to extract the innards.

The front of the package promises that the lock will scream when cable is cut. The back is equally persuasive. That eight-foot cable looks like it’ll go around everything you own, if you believe the pictures. Oops. looks like the 9-volt battery to make it work isn’t included. Go dig around for a battery. 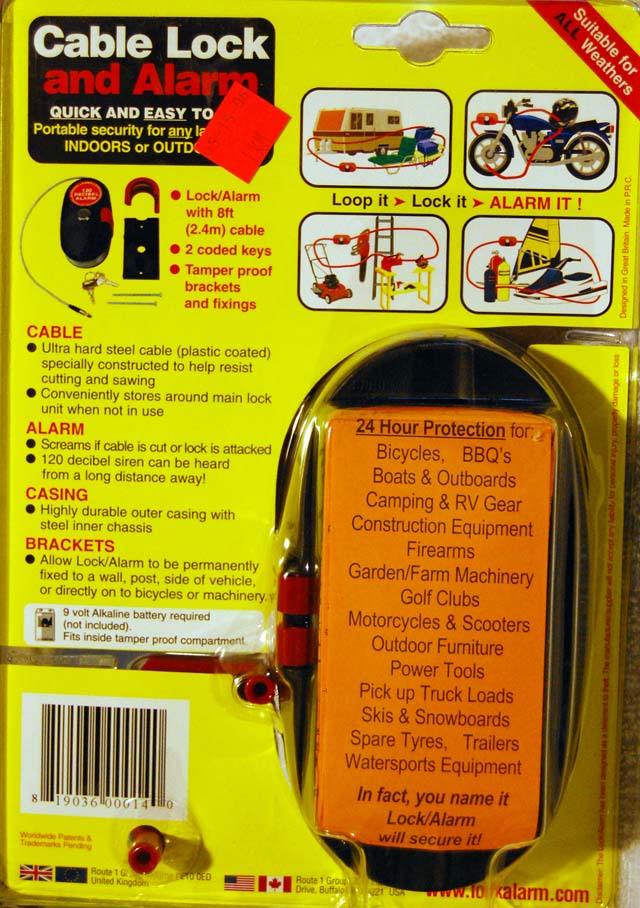 Unwrap the cable, stick it in a hole in the front and turn on the key. Wiggle cable around.

Yep, I have to admit, it’s loud. Nearly four-year-old grandson covers his ears and says, solemnly, “Granddad, I don’t like that noise.”

The only catch is that it doesn’t take much wiggling to make it sound off. Wind swinging it around would be enough to do it.

What makes it work and how secure is it?

Well, to be honest, the most effective part of the lock is the big sticker on the front that says 120 Decibel Alarm because the cable would be easy to cut and it wouldn’t take much to pull it out from behind the light-weight hook that holds it to the body of the device. The alarm sounds if the metal pin at the end of the cable pulls away from a contact. 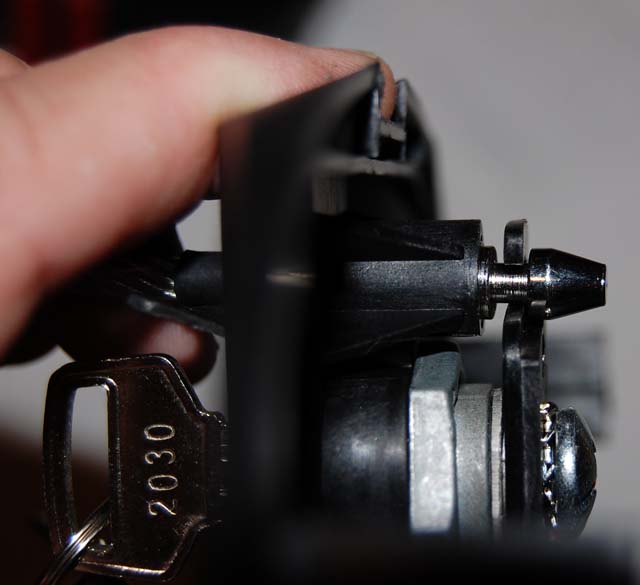 The device is bulky, the cable is wrapped around the body of the lock and secured with a clip and it’s easily ripped apart. The alarm WOULD sound, but I’d be way down the road by the time you heard it go off. And, once the cable is pulled out from behind the flimsy plastic hook, you could unwrap it from around the item like pulling a belt out of a pair of pants. You can get a sense of the size by looking at the dollar bill in the background. 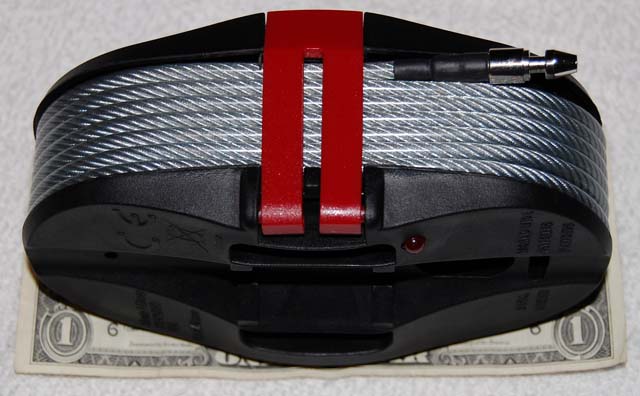 Graveyard Mall gave me an RMA to return the locks, but I see in the fine print that they’ll only refund my money if the package is unopened. If it’s defective, they’ll only replace it with a like item. I would consider the whole design concept defective, but getting a new one won’t solve that problem.

Anybody out there want this one? I’ll ship it to the first person who’s interested for the cost of postage.

5 Replies to “Avoid This Bike Lock with Alarm”