When I made my northbound turnaround at the Palm Beach Inlet tonight, the park was closed, but I noticed this sign. I have to admit that I didn’t read it closely until I saw the last line: REWARD…$1,000. 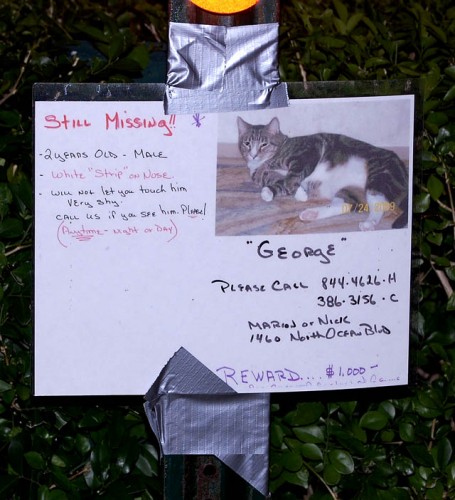 That brought to mind a story, like so many things do. Back in the early 70s, I did a piece on a Palm Beach County motorcycle cop who had the reputation of writing more speeding tickets than any other cop in the county. 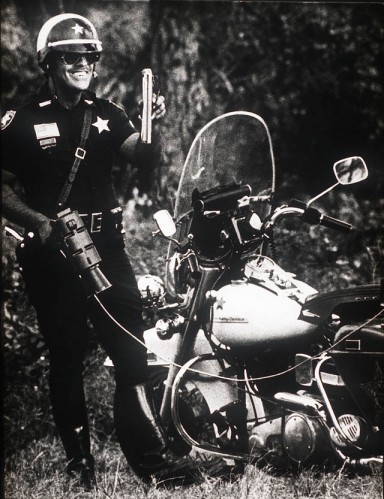 He was a character and a half. He’s dead now, but I’ll still just call him John to protect the not-so-innocent.

One day, while a rookie policeman in the Palm Beach Police Department, John spotted Fifi the Poodle be-bopping down the middle of the road. (I don’t know if Fifi the Poodle was the real name, that’s just what John called him/her.)

John didn’t want Fifi to get run over or to cause an accident, so he took Fifi into custody and incarcerated him/her in the back of his squad car while he figured out what to do with the offender.

About that time, a BOLO (Be On Lookout) broadcast for Fifi came over the car radio. John advised that he had the subject in custody and would release him/her to the owner. 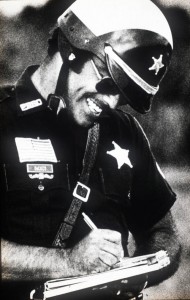 The owner was so happy to get Fifi back that he made John take a $100 reward, back in the days when a hundred bucks was Big Money.

After John went back to the station and told the other officers what had happened, Fifi would “disappear” every couple of weeks only to be recovered minutes after the BOLO was dispatched. The owner, of course, couldn’t figure out how that dog managed to escape, but he was only too happy to reward the officers of what he had to say was the most conscientious police department in the country. Not every department would take a missing dog report so seriously.

They don’t make cops like John anymore. That’s why George the Cat is still at large.