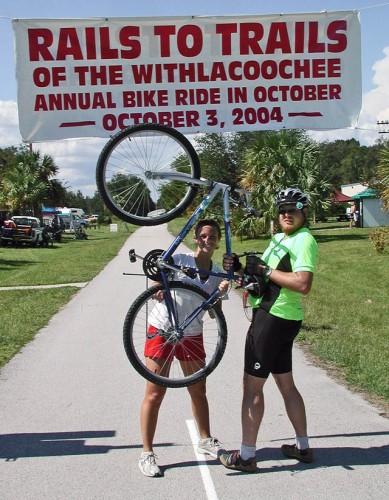 phone calls and emails work. Two amendments that would have eliminated the majority of federal funds for trails, walking and bicycling were defeated today.

It makes no sense that two senators proposed cutting money for alternative forms of transportation. My experience with these trails is that they are used by locals for short hops to neighbors and businesses as much as for “recreational” riding.

Here’s the background from the Rails-to-Trails Conservancy

Amendment 2370 would prohibit the use of federal funds for pedestrian or bicycle facilities, efforts to reduce vehicle collisions with wildlife, or other specified Transportation Enhancement (TE) projects if the Highway Trust Fund cannot cover unfunded highway authorizations. 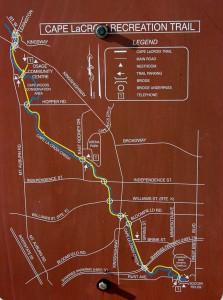 Amendment 2371 is even trickier; while it claims to allow states to opt out of spending on TE projects, the actual amendment text in fact notes that “None of the funds made available by this Act may be used to implement” TE projects.

Providing opportunities for Americans to walk, bike and take transit to get where they’re going improves our communities’ health and livability, reduces emissions, creates jobs and save money.

I emailed my senators

The Rails-to-Trails folks suggested calling your senator. Several Phreds said they had tried to call their senators but kept getting busy signals. When they finally connected, they were told that they had been receiving a heavy response.

I used this link to find the email addresses of my senators. About 15 minutes after sending the email, I received the bulletin that the amendments had been defeated. (And, no, I don’t think there was any connection between the two actions.)

Keep McCain and Coburn in mind next election

If you live in Arizona (McCain) or Oklahoma (Coburn), keep their “support” of Transportation Enhancements in mind when you go to the polls next election.

Here’s an update from Rails to Trails

Florida’s senators split the vote. Democratic Sen. Bill Nelson voted to defeat the amendment. I sent him an email of thanks.

Newly-appointed Republican Sen. George LeMieux voted FOR the amendment and against the best interests of pedestrians and cyclists. I sent him the following email:

I was pleased to see Senator Nelson vote against Amendment 2371 on H.R. 3288, the Transportation, Housing and Urban Development Appropriations bill.

I was equally disappointed to see that you voted to eliminate set-asides for the Transportation Enhancements (TE) program.

Florida has the highest death rate for cyclists and pedestrians in the country.

I know that money is tight right now, but that makes it even more important that we do everything we can to provide safe and healthy transportation alternatives.