Abandoned Strip Mine in Southeastern Ohio 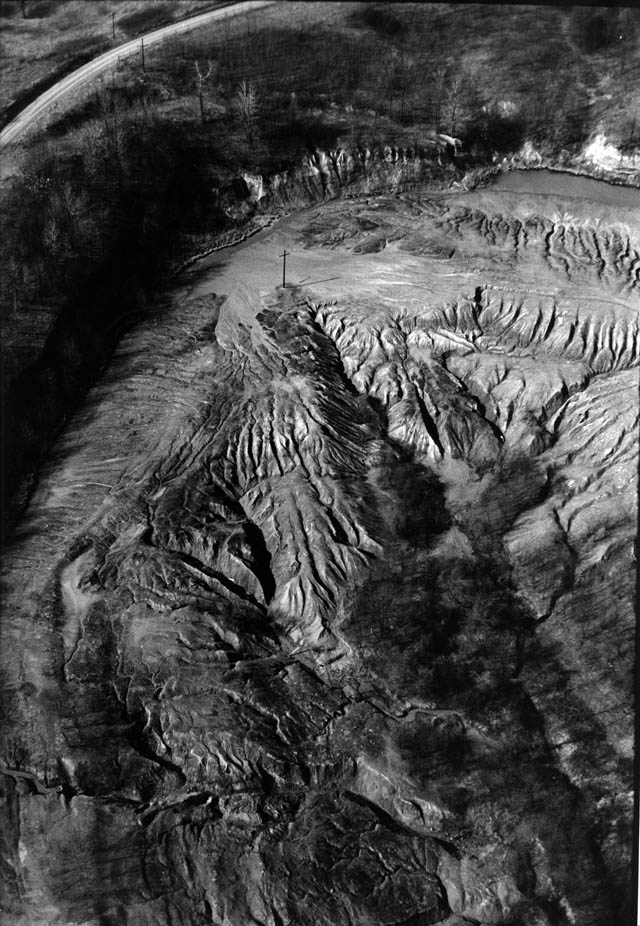 This photo took up nearly the whole front page of The Athens Messenger on Earth Day One.

The earth had been raped, plundered, looted

I had been working on a series of picture pages about fire spotters. I had already taken pictures from the ground and from fire towers, but this day I was given a chance to fly in a small plane with a spotter looking for forest fires.

It was getting late in the afternoon and we were just about to head home when we flew over one of the scourges of nature: a strip mine abandoned after all of the coal had been hauled off.

The law said that these mines had to be reclaimed after work stopped. Someone told me – and I don’t know if it’s true – that some mining companies would leave a sacrificial dragline or bulldozer on the site so they could claim it was still an active mine. The value of an old, worn-out piece of equipment was far less than the reclamation cost.

I can’t remember what I’ve shot

Many, if not most, good photographers can tell you everything about their pictures as soon as they shoot them. For some strange reason, as soon as I’ve pushed the shutter release, my memory of the picture is wiped as clean as the next blank frame.

I generally had so little memory of what I had shot that I would take a picture of my shoes at the start of every roll when I was covering a sporting event so I could easily spot my rolls.

I knew this was a good one

This picture was an exception. As soon as I pressed the button, I couldn’t wait to see if the image on the film was as good as the one I saw in my mind.

The curving road at the top, the dramatic late-afternoon side lighting, the strong diagonal lines leading your eye right to a power line pole that looked like a cross all came together better than I could have hoped.

I wasn’t disappointed. And neither was the editor, who elected to lead the paper with it on Earth Day.

It’s still on my top 10 list of favorite pictures.

Happy Earth Day. Hop on your bike. Leave a better Earth for your kids.

One Reply to “Happy Earth Day”