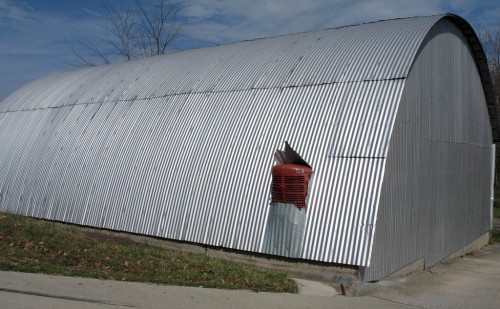 Really stupid ideas bubble up from time to time and my first instinct is not to comment on them. One of those is a petition drive to ban bicycles from farm-to-market roads in Iowa.

No shared farm-to-market roadways in Iowa

Here’s the text of the petition being circulated by the Citizens for Safety Coalition of Iowa:

We the undersigned are Iowa residents who urge our Legislature to support a ballot initiative for the November 2010 election which will prohibit bicyclists from using state and county defined farm-to-market roads.

A farm-to-market road is a state or county road which serves to connect rural or agricultural areas to market towns.

Over the past ten years the number of bicyclists using these farm-to-market roads for recreational purposes has increased dramatically as have the number of preventable accidents and fatalities.

Rural commerce and citizens are significantly impacted when forced to share the farm-to-market roadways with bicyclists. Because of the growth of today’s commerce and agricultural business, shared roadways are no longer safe or practical in today’s society.

What are the bike-banners really griping about?

You get the idea. I couldn’t read more than the first 300 or so comments without getting a headache. By the way, if you want to sign their petition, find it yourself.

See my Slow Moving Vehicle triangle? Treat me like a tractor

If you’ve been reading this blog long, you know that’s my mantra. I ride with a Slow Moving Vehicle triangle on my Camelbak and left pannier to drive home that point. I identify with farm folks, who have always been pretty friendly when I’ve encountered them and would like to be treated like a piece of big, slow-moving farm equipment.

Do Iowans need to worry about the bike ban?

What convinced me to visit this topic? A posting on the phred list by virtual friend Gene, who said he took a lot of the comments on the pro-ban list and did some search-and-replacing of key phrases.

Why stop at bicycles? I say ban all slow-moving vehicles.