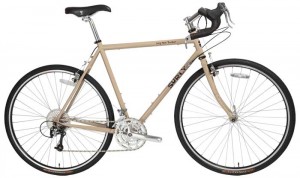 I posted my fitting experience the other day. It helped me to figure out whether a used bike could be tweaked to fit me or if I would make the leap to a new Surly Long Haul Trucker.

John Palmquist, the fitter at The Racer’s Edge, said the used Cannondale could be made to work for a couple hundred bucks.

I turned to the phreds

You hear me mention the phreds a lot. They are an international group of cycling tourists that know all that’s worth knowing about seeing the world on two wheels (OK, some of them are on three-wheel trikes). I posted the following query to them.

I’ve got the I Want a New Bike cravings. 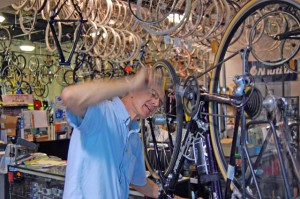 My old Trek 1220 is at the stage where I’m putting money into repairs and I think I’ve done all it can do. On top of that, even though I have a bunch miles on it, it never exactly fit. It fit enough that I could ride it, but it was just a tad off.

While I was back in the Midwest this fall, I saw my first LHT and really liked the way it was equipped.

I retired at the end of August, so I want to take advantage of my new free time to get in some short tours. Even though my 401K took some major hits, I had just about convinced myself to buy the LHT.

The LHT complete would run $1095. Both bikes would need to have my SON generator hub built into a wheel and both would need racks and fenders.

Economically, it makes more sense to go with the T800, but I really like the idea of having a new machine from Day 1 since this will probably be the last bike I buy. (Steinhoff warranties run out early. My dad and his two brothers died at 60 or earlier. My middle brother had triple bypass surgery this week.) Advice? 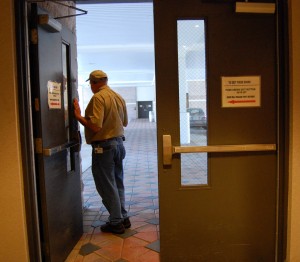 You just retired and it’s the last bike you may own?  Just on emotional criteria, I’d insist you buy the LHT.

Just for rationalization you’ve got the funds to do it; you’ll get a bike that fits you; given all the other work required, the actual savings becomes a smaller percentage of overall price; finally, you can probably sell the 1220 on ebay or cl and recoup half the price difference.  But I don’t think rationalizations mean anything here.

It’s not your LAST bike

You have retired? Then you deserve a new LHT—-you have worked 40+ years for this moment—-fulfill your dreams with haste. Don’t recall who, but someone once said—-“we were put on this earth to go out and fart around and don’t let anyone tell you different.” As to your warranty—-genetics is a worthy foe, but get the LHT and put it on the road for as long as your family situation will allow. I see that as a hedge. Pops died at age 43, his two brothers in their 50s, all cardiac deaths. On my mothers side—3 brothers all dead by 60 years old. I, on the other hand, will be 70 in short order. I’ve been active–runner(read jogger), cycling, hiking and such. All the benefits of extended touring are outside the scope of this short note but I strongly recommend it. As for your 401K—-it is cheaper to live on the road than at home. Time vs Money—to travel you need money or time. I have time—-no money. I don’t have a problem with that. Life is good. If I’m not on the road, I am planning—-both are very satisfying 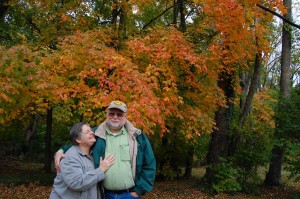 How much of a hit did your retirement funds take? Do you have enough funds to sustain you (and wife?) on an indefinite timeframe? What else could you spend your money on that would be more beneficial? Isn’t this why you have retirement funds anyway? Provided that you can reasonably rationalize the above, my advice would be unequivocally to:- GO FOR IT!! FWIW I’m in a similar situation although I’m probably a few years older. I now have six bikes all of which I ride and I am planning to upgrade my kayak in the spring.

A new bike solves everything

IMHO, you are most deserving of a new bicycle, especially a Surly LHT now that you are retired. A new bicycle solves everything ! …. so to speak … ha … ha. Well, at least temporarily. I would spring for it from all of the great previous reviews and feedback here on this LIST and the BOB LIST.

I had a similiar dilemma 2 years ago. I had Raleigh Super Course I rode for 30 years, and it had at least 35,000 miles on the frame. I was spending a lot to keep it running. I looked at Trek 520 used in the local LBS that was bit smaller than my normal standover – and would have to make similar types of adjustments. Then I walked into a LBS where my son goes to college. They had a LHT frame hanging in the window. It was basically my “blank canvas”; what would I want on a bike without totally fracturing my bank account. I was measured and a LHT was built for me, with the parts I wanted, including a SON hub. When I got the bike, I thought I went to bike heaven – the most comfortable ride I have ever had. The bike has about 4000 miles on it now, and still feels like it did the first time I got on it. You will never go wrong with a LHT frame.

I think I’m going to pull the trigger

I talked with the LBS this afternoon and the LHT is on back order right now, but should be available soon. Their price for the bike and accessories is comparable or better than anything I could find online, so I’m going to think about it over the weekend and probably place an order on Monday.

After all, the phreds said to do it. And, all of these folks can’t be wrong.

4 Replies to “Is a Surly Long Haul Trucker in My Future?”