Here is something I never thought I’d say: Did you see Sally Forth today? She’s planning on escaping her mother by bicycle.

Sally Forth has a bike and you should, too.

In the land of $4.25 a gallon gas, a friend of mine just bought the largest SUV he could find in advance of hurricane season. If worse came to worse, he could load the wife, two kids and their collection of 18th century Mexican art into the vehicle and escape. He is new to Florida so I can understand why he might think that was a viable plan. (In his defense, since no one wants a Nissan Armada and its 12 miles per gallon around town, he got a good deal.)

How to Escape in an Emergency: My Bike 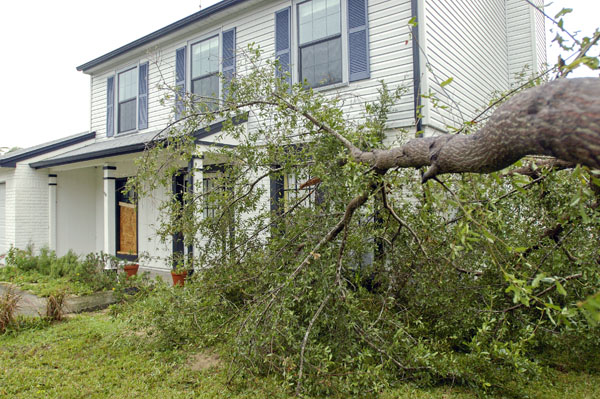 Me, I’m going to ride my bike to safety.

I was born, raised and live in South Florida. I survived the nasty hurricane seasons of 2004 and 2005 and have the t-shirt to prove it. I watched the evacuations of New York after the eleventh and New Orleans during and after Katrina.

Here is what I have learned: when all hell is breaking loose, a car isn’t going to do you any good. During evaculations, the roads are packed and moving 15 miles an hour. Cars run out of gas. Cars break down. Tempers flare. The roads move slowly.

After the 2004 hurricanes, 100-year-old oak trees in Orlando were down and even the most beefy Hummer could not get around town. Yet, you could get just about anywhere by bike if you didn’t mind lifting the bike over a trunk every once and a while.

Can I Get Away Fast Enough on a Bike?

The 2004 Indian Ocean earthquake spawned one of the largest tsunami’s known to man. Over 225,000 people died as a result of the wave and its after effects. The furthest inland the wave traveled was 1.24 miles.

Hurricane Andrew was the second most destructive hurricane in history and one of only three Category 5 hurricanes to hit the United States in the last hundred or so years. It did $44.9 billion dollars worth of damage. Less than 20 miles inland, damage was minimal. At 50 miles away, you’d never even know there had been a storm.

Even Katrina’s devistation, too, is limited to 20 or 30 miles inland for both Mississippi and New Orleans.

An out of shape person can do ten miles an hour on a bike. Someone who is in average shape, has ridden a bike anytime in the last six months and is fleeing for his life can be 15 to 20 miles away in an hour.

Fleeing for my life with a hundred thousand other people, I’ll take a bicycle over a car every time.

Gasoline or Diesel Anyone?

After the hurricanes, it was my job to stand in line for hours to get diesel fuel for the office generator. We burned about ten gallons each 12-hour work day. In order to get those ten gallons, I often had to drive to several gas stations to see if they were open and had fuel available and then stand in line for two to three hours before I could buy my day’s allotment.

To avoid hoarding, no station would sell you more than 20 gallons. Many wouldn’t sell you more than 15 gallons. That means that every day or so, I had to search for fuel. We were based in a low-rent area of town and it took two weeks for the power to be restored to our building.

Even if you have a spiffy SUV with four-wheel-drive and a six-inch suspension lift, you may not have fuel. When I ride by on my bike, I will snicker to myself.

But What About My Stuff?

You’re right. I don’t have enough room on my bike or in the bike trailer for a nice collection of 18th century Mexican art. For that, I’d need an SUV or minivan.

Still, nothing I have is worth dying for. Quite frankly, I’d probably be better off if half my stuff was gone anyway. Chances are, it’ll be there when I get back. If it isn’t, I’ll get new stuff. Or, better yet, I won’t.

All I need is a bike each for me and the wife and the kid in his bike trailer and we’ll be out of town before you’re out of the gas station line.

So, while you’re thinking about the next disaster to hit your home town, give a little thought about how you’re going to get out of town. Even if you decide to take the car, you may want to strap the bikes on the back in case you need to get home again.

3 Replies to “Sally Forth: Bike for Emergency Travel”