Thirty-one years ago, eight guys from Pratt & Whitney started a bicycle-based pub crawl. At least three of the eight were on the Tour de Bar this weekend. 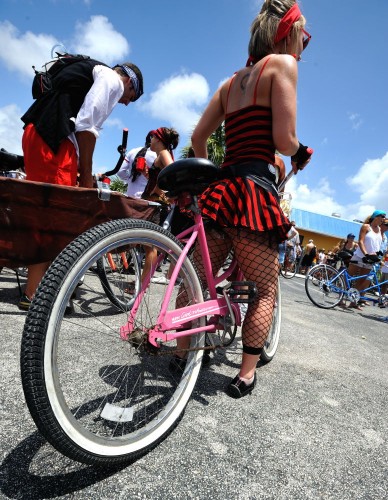 Some still live in the North Palm Beach area, others fly in from out of state. Interviewing the founders is a bit difficult since no one is willing to take the credit — or blame — for the Palm Beach Tour de Bar.

What started out as eight thirsty guys has turned into over 400 gleefully rowdy riders and a fundraiser for the local Give a Life Foundation which promotes organ & tissue donation. With a suggested donation of $5, over $2,000 was raised this weekend.

The first $450 raised went to pay for the Palm Beach Shores police department. While the ride has run bandit for many years, this year it grew too large to fly completely under the radar.

Charity, Sure, But Also an Economic Impact 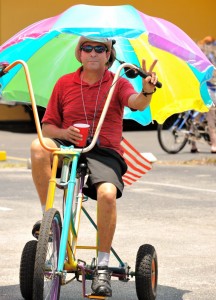 Based on how much beer left the Brass Ring Pub Saturday afternoon, I’ve got to believe this event has a strong positive effect on the ten or so bars that are featured along the route. I’d be surprised if some of the smaller bar stops saw 200 unique people in a week, let alone that many in a day.

The T-shirt vendor also failed to properly anticipate demand. I think 150 shirts were printed and they were gone in a flash. If you didn’t get your Tour de Bar T-Shirt, you can still grab one if you hurry. The material is a bit thin but, at just $10 a shirt, it is a heck of a deal. I saw a lot of shirts from previous years. I think 1998 was the oldest I saw.

It wasn’t uncommon to run across people who had participated in the event more than a dozen times. In fact, membership seemed to fit a reverse bell curve. There seemed to be just as many people who had attended 15 or more times as those who were coming out for the first time.

I’ve never seen so many beater bikes in one place at one time. It’s as though everyone curb-surfed in the weeks leading up to the Tour de Bar looking for wheels. Two-thirds of the bikes looked like $89 K-Mart specials that had set in the backyard for a few years. A couple of dozen were custom works of art that smelled a little like the Freak Bike Militia. No matter what the bike, everyone was welcome and everyone had a big smile.

Some joked that the reason there were so many beater bikes is that many people abandoned their ride and called a cab at the end of the evening. I’m not sure that is true — I didn’t make it to closing time — but I’d like to believe it is true.

Below are some pictures from the event. If you have pictures of your own online, please leave a link in the comments section below. 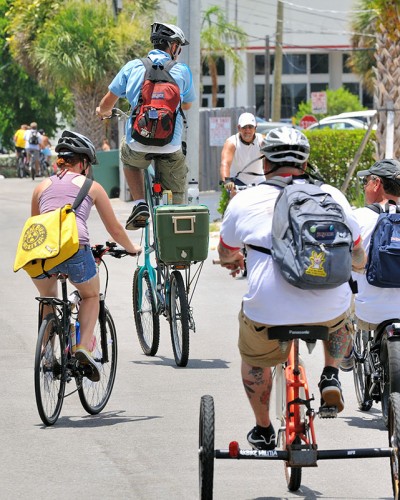 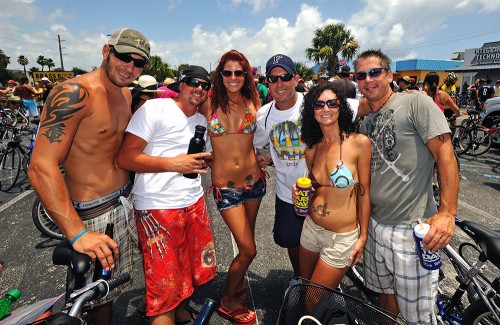 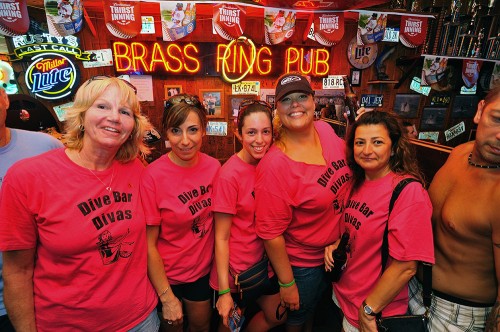 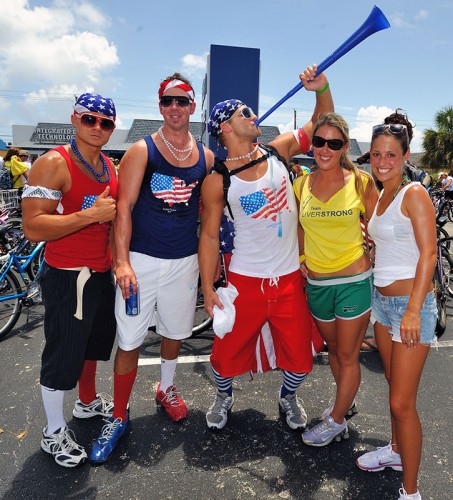