When I bought my Brooks Champion Flyer saddle, I read everything I could about how to break it in properly. Some cyclists swear by leather Brooks saddles, others say that nothing they could do would make it feel like anything but an “ass hatchet”

Some sites recommended break-in procedures that used to be prohibited by the Geneva Convention: water torture by soaking the saddle in water to soften the leather; dipping in molten wax; motor oil baths and the like.

I opted for a more conservative approach. I put a heavy coating of Proofide, the Broo 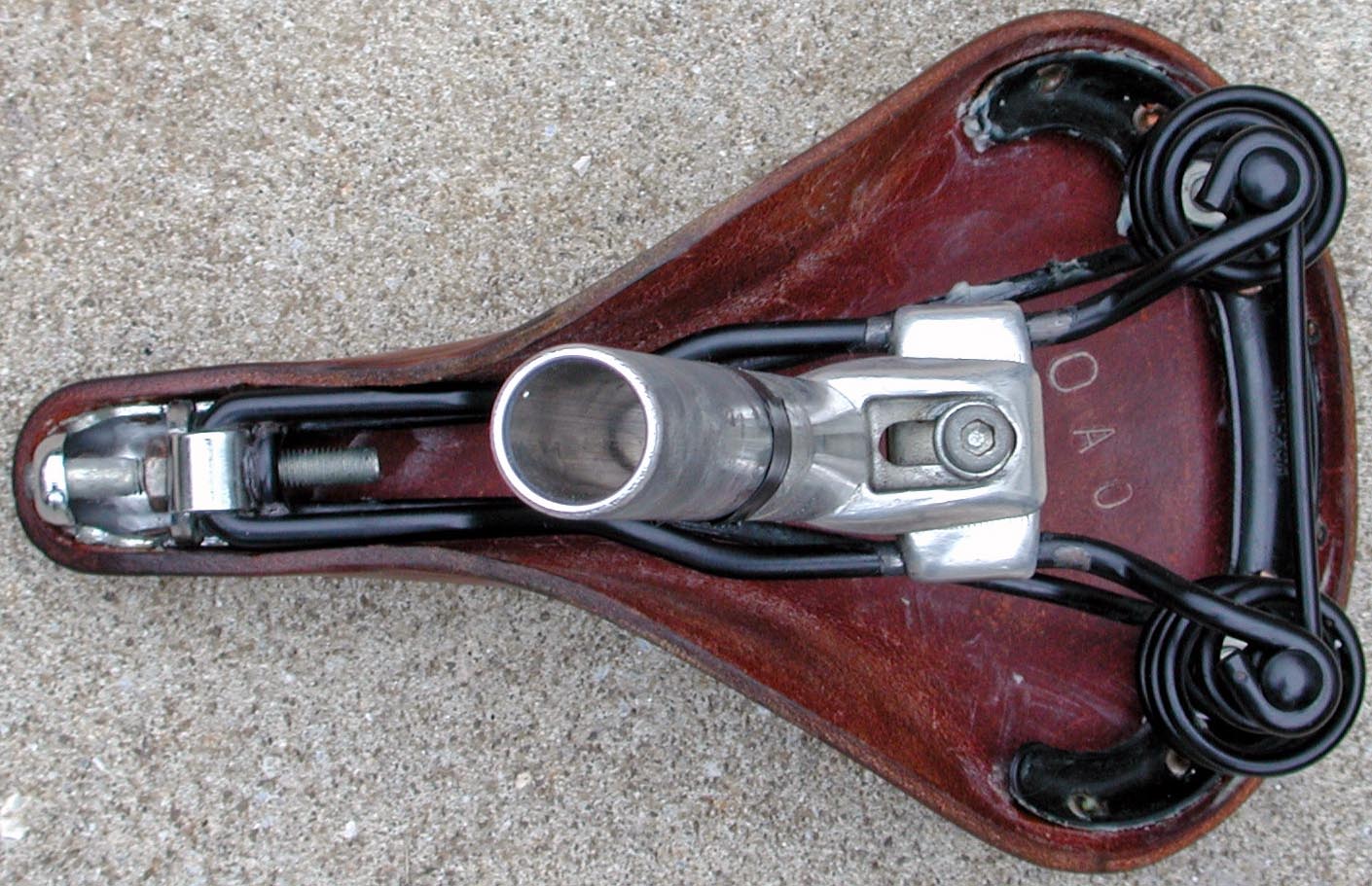 ks recommended treatment, on the underside of the saddle to protect it from water thrown up from underneath. Then, for several days, I would lovingly caress the top of the saddle with Proofide, figuring that more has to be better, right?

The upside was that I had a very soft, comfortable saddle that quickly molded itself to my backside. Unfortunately, soft can sometimes mean sagging. The leather stretched, causing the skirt or sides of the saddle to splay out when I sat on it, chafing my thighs and wearing out my shorts.

That’s not a good thing. 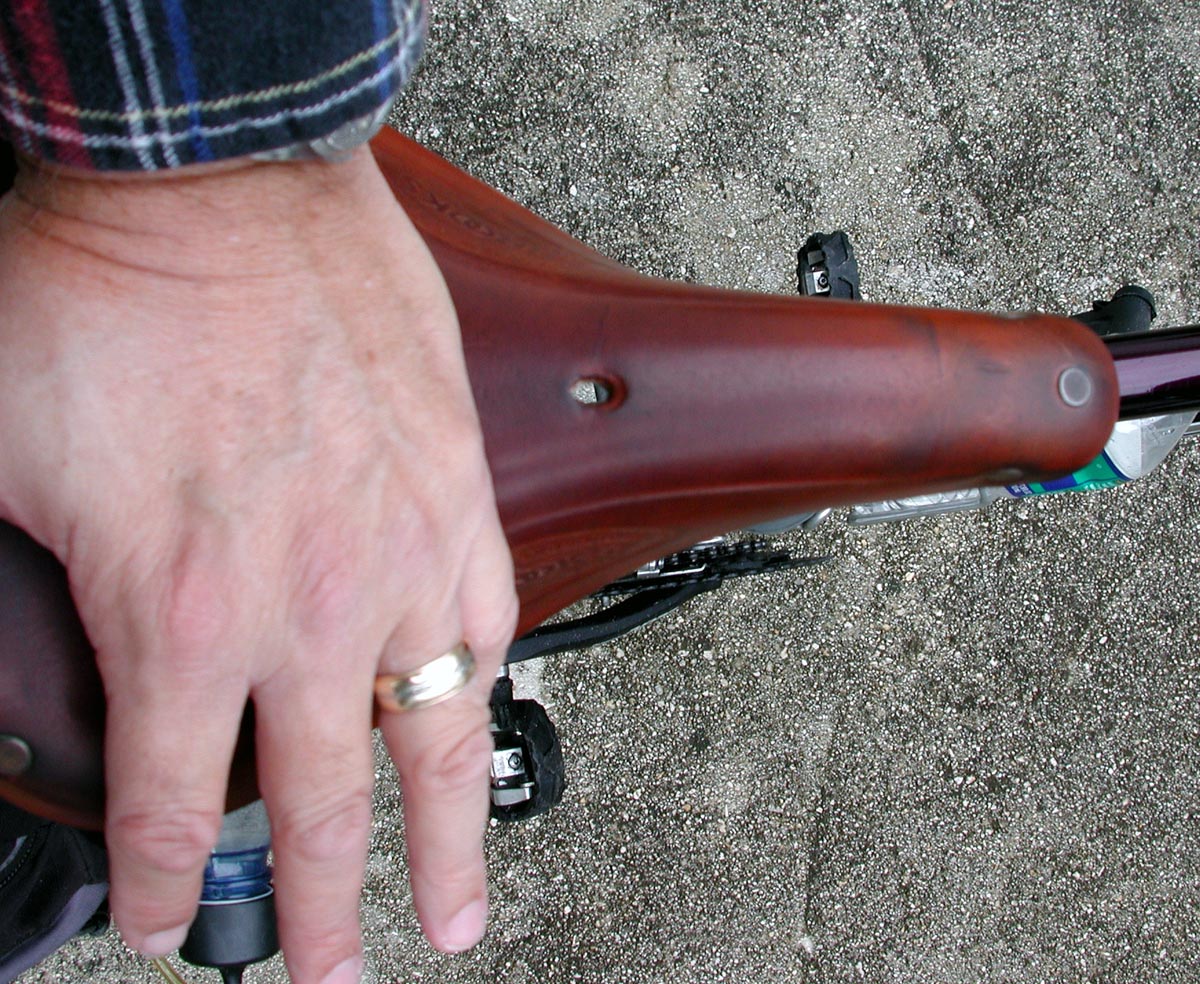 As a last resort, and with much trepidation, I ordered a Brooks Saddle Tension Wrench from Harris Cyclery.

I say “with much trepidation,” because Sheldon Brown warned, “In almost every case that I know of where someone has tried to adjust the tension with this nut, the saddle has been ruined. My advice is to leave it alone.” He suggested punching holes in the skirt and using lacing to pull it in.

When the wrench came in, I moved the adjusting bolt about a quarter of an inch and watched the leather tighten up. 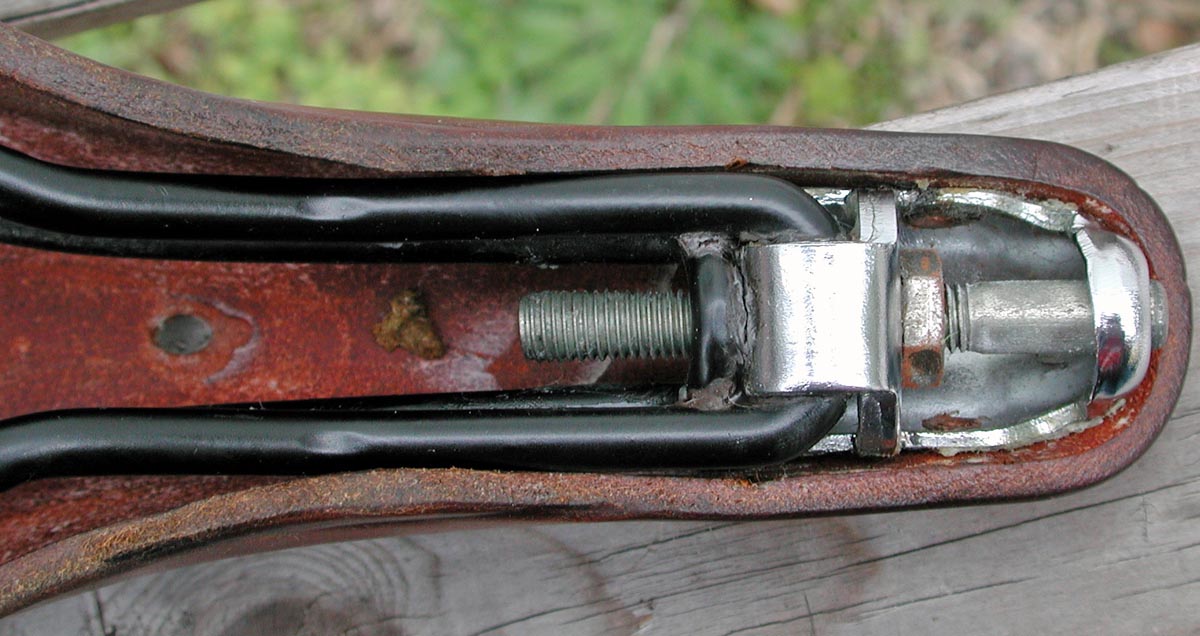 Over the next few years, I’ve probably moved it a total of about 3/8 of an inch and I apply fresh Proofide about twice a year or just before I think I’m going to be riding in the rain.

After getting tired of cheap shower caps shredding, I ordered a Carridice Brooks saddle cover from Peter White Cycles I keep it wadded up under the saddle all the time in case I run into rain.

Aardvark is my new Brooks raincoat

A few months ago, I noticed that the bolt had starting backing off and the saddle was “rocking” left and right. I made the bolt snug and put a drop of Loctite on it to keep it from loosening. It seems to be working fine, now.

I’m one of the users who found the Brooks to be a comfortable saddle out of the box and it’s only gotten more comfortable every ride. If you don’t care about the extra weight, the springs on the Champion Flyer do a good job of smoothing out the road buzz.