If you’re the lazy type, look at the pretty chart (shamelessly borrowed) below and then buy a BPA-free 24-ounce Polar Bottle

Why do you need cold water? Or water at all? 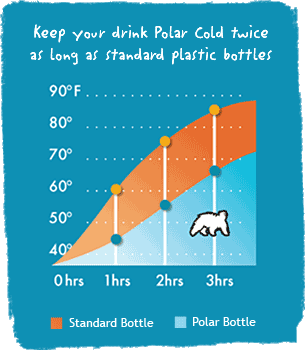 I realize that South Florida hot isn’t the same as Arizona hot or Africa hot but it is still pretty darn hot. Add in our world famous, not available in stores, humidity and bike riding is punishing. Keeping well hydrated is absolutely necessary, not just to maintain performance but for survival.

With an uninsulated bottle, water reaches air temperature in less than half an hour on my bike.

I used to ride with an iced-up Camelbak and there was usually still ice in the bag four or five hours later. Yummy! It worked great but I never liked the heavy weight and the massive reduction of air flow across my back.

For the last two years, I have been freezing my water bottles overnight 3/4 full then putting cold water on top right before I leave the house. A large, solid chunk of ice kept the bottle cold about twice as long as did ice cubes.

Even then, that just means cool water for an hour.

My normal Saturday morning group ride is 31 miles and we are out there for an hour and a half. Not even to the turn around point, my water is 85 degrees. Yeah, it’ll keep you hydrated but it is not at a temperature which would encourage you to drink.

You want me to spend how much on a water bottle?!?!

Over the years, I have amassed quite a collection of free water bottles… 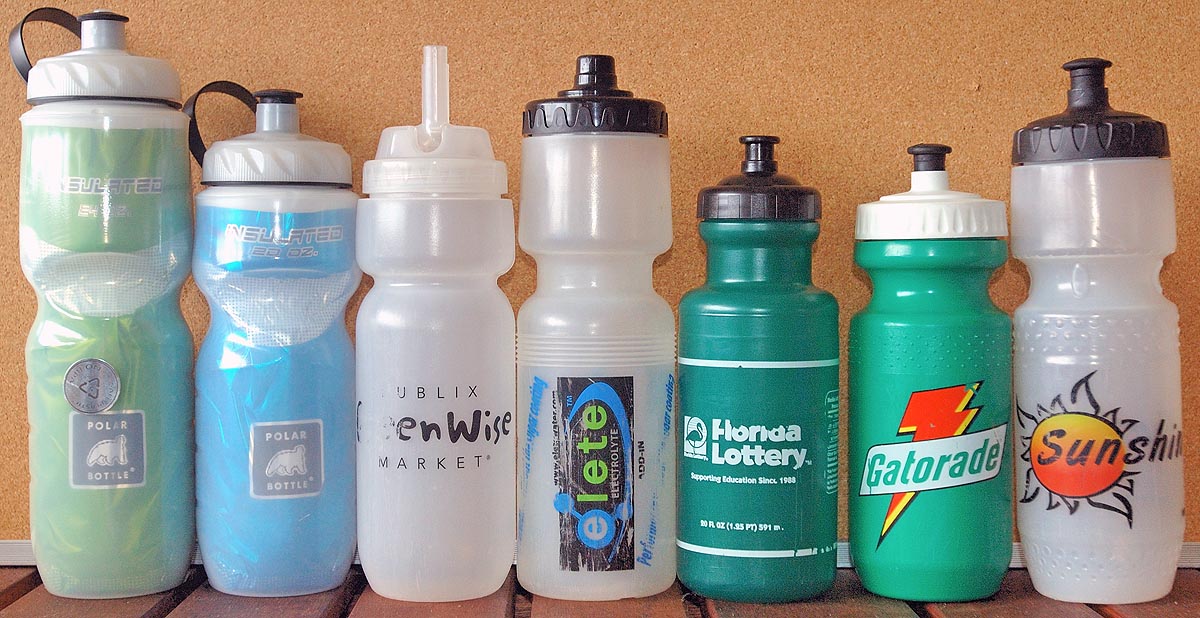 Just about every event I do, there’s a free water bottle available. I bet I have 20 of them in the garage. The low end bottles have tops that sometime leak. The higher end bottles are acceptable in every way shape or form with the exception that they don’t keep the water cool.

Hello, my name is Matt and I paid about $10 for an insulated water bottle. 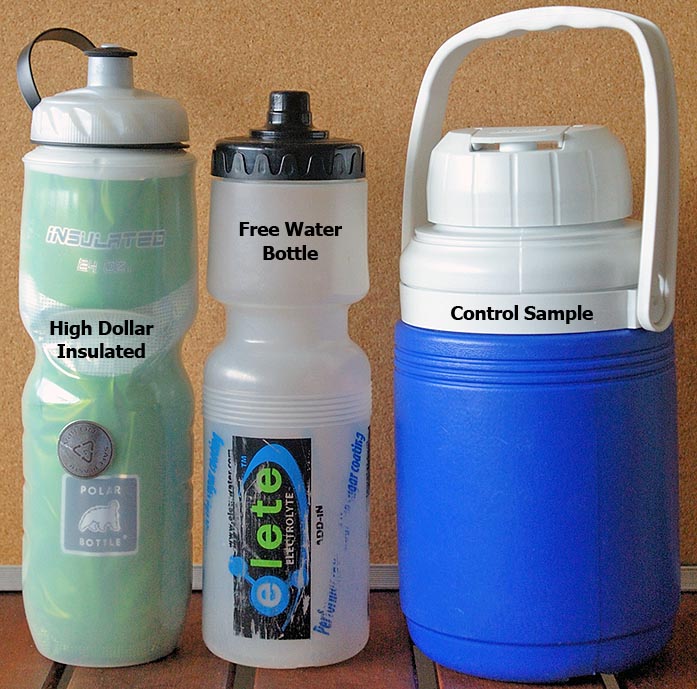 I filled the three containers to the right with water and froze them overnight. The next day, I sat in my back yard next to the kiddy pool with a beer and proceeded to conduct research. The ambient air temperature rose from hot (87 degrees) to really hot (91 degrees) during the testing. The sky was mostly sunny and the bottles were placed in the direct sun.

As I was sitting by the pool reading the latest copy of Adventure Cycling, it occurred to me that a static test might not be the best way to develop a metric. While on the bike, wind would be going by the bottles. If I did the test again (which I won’t because I’d rather be riding than testing), I’d stick a fan in front of the bottles to simulate a more bike-like experience.

After two hours, the control sample was still 80% solid ice. The free bottle was the same temperature as the air — about 91 degrees. The water in the insulated bottle was 68 degrees even though the ice was all gone.

I killed an afternoon to determine what we already know so you wouldn’t have to: insulation works.

What about Bisphenol A (BPA) toxicity?

We’re all going to die, right?

My friend is a big brain scientist with The Scripps Research Institute. His wife threw away all their kids’ sippy cups because Bisphenol A (BPA) kills half of all rats which are exposed to more than 3,250 mg/kg of BPA. He thinks she is nuts. Since he has been featured on NPR and she hasn’t, I’m inclined to believe him.

If you don’t believe him, check out what the FDA has to say about BPA.

The insulated water bottle from Polar Bottle doesn’t have BPAs so it is as safe as you can get within the bounds of the current media panic. Friend’s wife replaced her sippy cups with Polar Bottles. So, even the most paranoid amongst us should be happy.

Will the Polar Bottle fit my bicycle’s bottle cage? 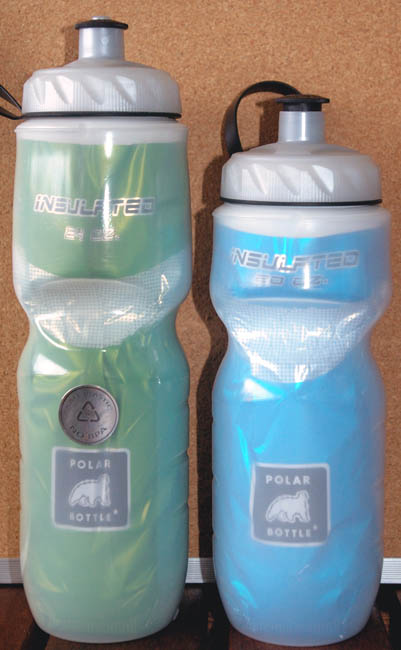 I worried about that myself.

On a normal bike, yes. Either the 24-ounce model

or the 20-ounce model

will fit without any problems.

Anything else I should know?

They come in a bunch of colors. My water bottle matches my helmet. I’m too cute for words.

I’m sure there are folks other than Polar Bottle making insulated bike bottles. I just haven’t found them. If you know of a Polar competitor, let me know in the comments below.

If you’re riding more than three hours, even these insulated bottles aren’t going to keep your water cool. Check out my father’s review of the CamelBak M.U.L.E.. As much as I hate the weight and lack of airflow when using a CamelBak, when I did my cross-Florida century ride in last 2007, I rode with the bag on my back. It really was the only way to make it across the state.

Should you have any questions, please let me know.