This weekend was the 115-(more or less)-mile bike ride around Florida’s Lake Okeechobee.

Billed the Lake O Challenge by the Florida Off-Road Cycling Enthusiasts and supported by Tom Rassiga of the Bicyclery, the ride started in Clewiston, stayed overnight in Okeechobee and ended up back in Clewiston.

Here’s a video of the two-day ride

The riders left the Corps of Engineers parking lot at Clewiston shortly after 9 AM, and made their way to the paved section of the Lake Okeechobee Scenic Trail (LOST) that leads to the Moore Haven locks where Tom Rassiga and his yellow Bicyclery bus was waiting.

Except for a slight crosswind, the trip started smoothly. One rider mentioned seeing a couple of gators along the rim canal.

Armies and cyclists travel on their stomachs 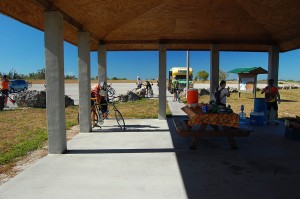 Even though they’d only been on the road about an hour-and-a-half, the cyclists took full advantage of the food and drinks waiting for them.

For the record, there are clean restrooms at the Moore Haven trailhead. Facilities on the LOST are few and far between (read non-existent), so it’s good to note when you find some.

Tom said that they ride would be more comfortable on a wide, low pressure tire and that it would be rideable on a touring bike like my Surly Long Haul Trucker, but that a mountain bike would be more suitable.

The video above covers some of the challenges experienced by the riders on the first unpaved leg of the ride between Moore Haven and Fisheating Creek. Not only did they have the expected rocks and grass, but the authorities had been grinding up trees and brush into mulch that drifted onto what passed for a trail.

You have to understand that a lot of these folks are members of the Florida Off-Road Cycling Enthusiasts (FORCE). What we road riders consider a barrier is merely a challenge to these folks.

I skipped the first unpaved leg

I don’t have pictures of that section because I opted to go directly to the Fisheating Creek rest stop. I learned a long time ago that I can either do an activity or I can COVER an activity. I figured I’d get a taste of the dike later. You’ll see a video of that in a couple of days after I’ve stopped vibrating. The video looks like it had been shot on the inside of a popcorn popper.

The group was glad to see the shaded rest stop

Apparently the non-native trees that used to provide shade had been cut down. Fortunately, Tom carried fold-up shade with him. Some of the riders needed his repair skills to take care of bikes that had been knocked out of adjustment by debris that had blown up on the trail.

Where are the stragglers? 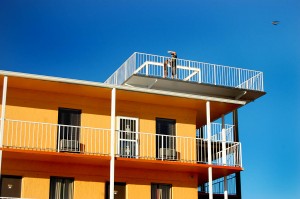 Tom and his daughter, Kailyn, climbed the observation tower at the Pier II Resort to see if they could spot the stragglers at the end of the day. They made it in just before a search party went out to look for them.

That was something I noticed about this group of riders. Some of them had ridden together before and others were newbies like me, but everyone went out of their way to be friendly and helpful.

Time to relax before heading out to dinner 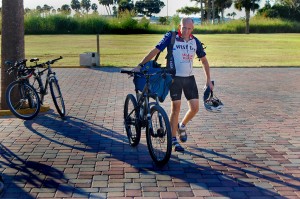 Most of the group stayed at the Pier II resort, but I waited too long to make reservations and it was booked solid by the time I called.

I fell back on the Scottish Inns a couple of miles away. The room was about $20 cheaper and was perfectly adequate for a biker night. 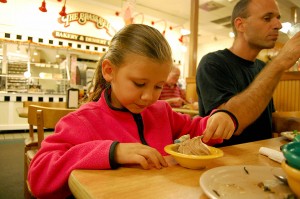 After some discussion, the bulk of riders ended up at the Golden Corral in Okeechobee. Most of us were interested in fast food and lots of it. I’ve never had a bad experience at this particular Golden Corral, so I was less surprised than some at the quality of the food.

Chris and Kailyn were pleased with their meals 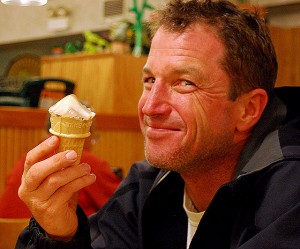 I didn’t have any problem falling asleep, and I only rode a shade over 16 miles.

One of the best things about this ride is that it doesn’t start until 9 AM.

I’ve never liked rides that expect you to roll out at 6 AM, which means you have to be up at 3 AM.

The LOST had some snags 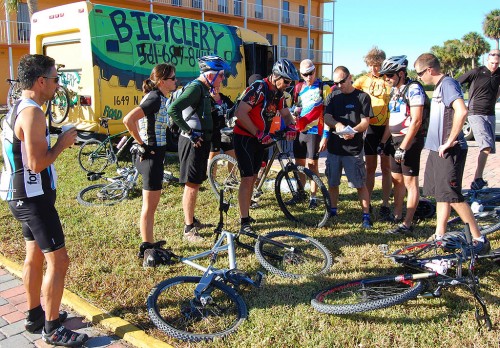 The original plan called for riding from Taylor Creek to Port Mayaca on the dike, hopping on the road to Pahokee to avoid construction and then continuing on the dike to the finish in Clewiston.

Some folks who were riding the lake counterclockwise told me the night before that construction had the trail shut down north of the Torry Island trailhead, so we would have to stay on the road a few miles longer than anticipated. 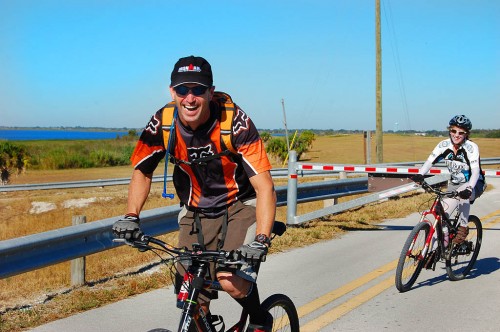 No checking for gators at Nubbins Slough 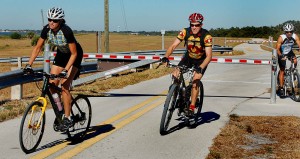 I had told the riders that one of the best places to spot big gators is at Nubbins Slough, where I had seen as many as 25, many in the 8 to 10-foot range, on some days.

I stopped to see if there were any around and saw only one hanging around. It didn’t make any difference. These folks could smell home and didn’t waste any time blasting by me. 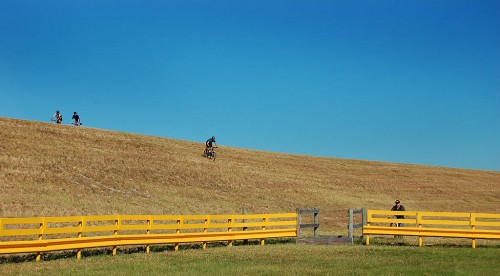 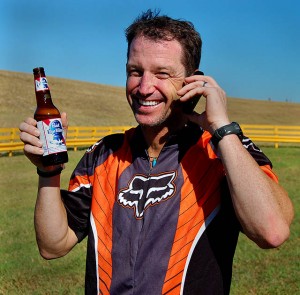 Tom set up the yellow bus at Chancy Bay (also known for J&S Fish Camp) and it wasn’t long until the first riders came bombing down the dike to the parking lot.

Here’s another way you can tell it’s an off-road group. They go off road every opportunity they can.

The last chance for riders to take on food and water before the final 16-mile run to Clewiston was at the boat ramp in South Bay.

As soon as they made the turn west at the bottom of the lake, the nice quartering tailwind they had for most of the day turned into a head wind.

Since you are perched 25 or 30 feet up in the air with nothing around you to block the wind, that can be a real killer.

Fortunately, the winds were light, probably in the 5 to 7-mph range, with gusts only slightly higher. Of course, that’s easy for me to say. I was in my van.

Then we were back in Clewiston, and it was over 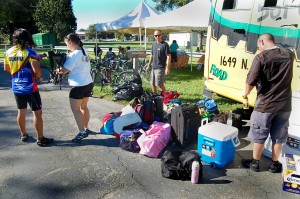 Before long, everyone had their luggage sorted out, their bikes racked on their vehicles and they were sitting around, pigging out on chicken, subs, left0ver fruit and some beverages in brown bottles.

Even though everyone was ready to go home, you could tell that they wanted the experience to go on just a little bit longer.

Lynn and Pam look at pictures 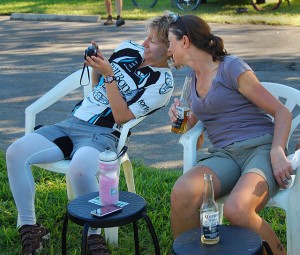 Tom’s wife, Lynn, and Pam Karagoz pull out a camera and look at pictures of the ride.

Our parking lot was directly west of a cemetery where a burial service was being held several hundred yards away.

I thought back over the weekend and how much fun it had been and realized that you have to take advantage of times like these while you can.

The guys gravitate to magazine centerfolds

Boys will be boys. Per, Andrew and Chuck relaxed by ogling a magazine centerfold spread.

In a biking magazine.

I told you they were off-road cyclists.