Using the Nikon D700 DSLR for the first time was a life-changing experience on par with the birth of my son.

If you love photography, gave up photography when the world went digital and miss shooting with your beloved Nikon 35mm SLR camera, buy the Nikon D700 today and find happiness.

This is not a technical review but more of a commentary on what this Nikon D700 camera means to me. No brick walls were photographed in the creation of this article. If you absolutely must ogle the Nikon D700’s technical specs please read what Thom Hogan and Ken Rockwell have to say.

(I promise there is a D700 analysis here somewhere. If don’t care about how I got to the D700, skip down to the end where I tell you it is wonderful or, better yet, just buy one and find out for yourself.) 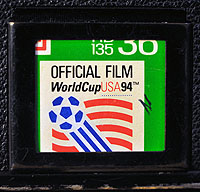 I don’t know exactly when film died but I have a guess. When I went through the family Nikon stockpile, I found this 1994 Fuji film box end on the back of a Nikon FE2. So, 1994, or pretty close to then.

I can still remember shooting film after 1994 but it stopped being fun. Digital was coming. It was clunky and nowhere near the quality of film but, by 1998, the only place I wanted to show my pictures was online. Shooting film, processing, printing and then scanning was too much work.

Enter the Nikon Coolpix 950. Image quality was low. Shutter lag was measured in seconds. It could only take two frames a minute. Color reproduction was poor. In every respect, it was worse than a 1967-era Nikon F. Except, it was digital. I started shooting pictures again. It wasn’t a lot of fun but at least it was immediate.

As soon as I touched the Coolpix 950, I knew I’d never shoot another roll of film.

Cameras I have Known and Loved

My father, Ken of PBBT Fame, was a photojournalist and has been shooting for 50 years. I picked up photography from him. I have used a lot of camera hardware over the years.

While having used a lot of equipment doesn’t make me a great photographer, it does give me an idea as to what I like and dislike in camera equipment.

My first real camera was a Nikon FG-20. I used it for several years but never loved its feel — it felt small and the plastic film advance lever wasn’t nearly as solid as the metal advance on the Nikon F2. The Nikon N8008 was an amazing, functional camera with lots of technological bells and whistles but felt plastic. I took some of my best photos with the ‘8008 but it didn’t have the classic camera feel of my next camera: the Nikon FM2.

The FM2 was a real camera. It was metal. With the MD-12 motor drive, it had the heft and balance of a fine piece of photographic equipment. Unlike the older F2, it had an accurate meter and was modern enough to not to be temperamental. For being a step backwards technologically, the FM2 was satisfying for both the images it captured and the style in which it took them.

A Word About Nikon Lenses 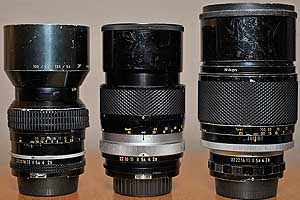 Yes, just about any plastic Nikon lens you buy today will out-perform any 1970s- or 1980s-era Nikon lens. The production quality and science of lens design and construction today is wonderful. Still, today’s lenses feel cheap. A big, heavy 180mm f/2.8 lens from 1972 (did they even have ED glass then?), with its smooth-as-glass focus ring warms one’s heart. The current generation wonder lens, the Nikon 18-200mm AF-S G-Wiz VR Nikkor Nanotaco Lens, will outperform those Nikon classic fixed-length lenses even though it is a 10x-zoom lens and half their weight.

Nostalgia aside, today’s zoom lenses are optically awesome. Today’s Nikon Nikon 70-200mm f/2.8G ED-IF AF-S VR Zoom Nikkor lens allowed me to stop carrying a 105/2.5, 135/2.8 and 180/2.8. (I never had an 85mm or it would be gone, too.) One lens replaced three. At each focal length, side by side, the zoom produces better quality pictures. Factor in the ability to have those lengths as well as everything between 70mm and 200mm and you have a clear win for the zoom.

(As a side note, even the AI-converted Nikon 24 f/2.8 lens my father bought used in 1968 works just fine on the D700. Does that blow your mind or what? Manual-focus Nikon lenses made a decade before I was born will matrix meter on the D700. You can’t even come close to saying that about Canon and their digital cameras.)

Nikon D70 and the Age of Fun Digital 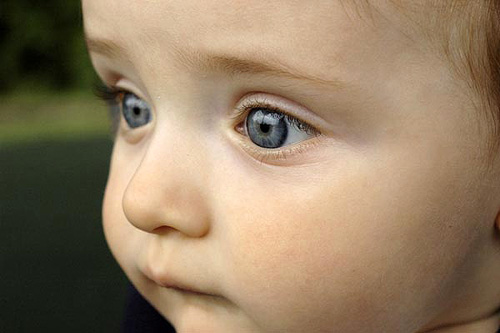 The D70 was announced in January 2004. Malcolm was due to arrive the end of August.

At long last, there was a good reason for me to upgrade from the Coolpix. The D70 was everything I wanted in a digital camera except that it was a DX-cropped camera instead of a full 35mm frame. (Basically, what that mean is that the 24mm lens and its correct angle of view effectively became a 36mm lens. Every lens I had was suddenly 1.5x longer. This is an oversimplification. Go read some technical blog if you care to know more.)

Still, I had a kid on the way and the D70 was the first digital camera that was mostly okay for under $1,000. Thanks to lowered expectations, a hard deadline and the price point, I made the jump to a digital SLR. 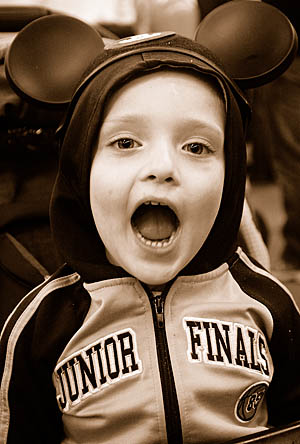 If you never used a 35mm film camera with a lens wider than 35mm, you don’t care that your new digital camera is cropped by a 1.5 multiple. The 18mm-70mm or whatever zoom lens that came with the camera is plenty good at its effective 27mm view. Best of all, at the long end your 200mm lens is now a 300mm lens. All the better to shoot pictures of your kid’s soccer game.

The D70 was functionally awesome. The color was spot-on most of the time. Image quality was good. Its crisp response was worlds better than the Coolpix. Photography was fun again and the quality was once again near film (except in low light). But, just like the FG-20 and N8008, the D70 didn’t have the right feel. I always knew I was shooting digital. I always knew the camera was plastic. I knew the D70 wasn’t a classic.

The Nikon D700 is everything I have ever wanted in a camera.

Not only does the D700 meet all my technical requirements for a camera, it meets all my tactile and emotional requirements. It feels like a classic camera. 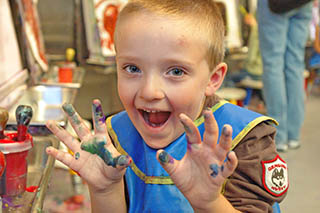 All the buttons and knobs are in the right place. It is well balanced and crisp. The quality of design and thought involved in its creation is clear. Never do I have to think about how to do something or try to mold my mind to fit the camera. The camera is the one that changes to meet my photographic needs.

Within moments of unboxing the camera, it simply felt right. Everything I had learned in using the D70 for four years was applicable. Yet, as I started using the camera, the camera faded away and the captured images took center stage. The viewfinder on the D700 is huge compared to the D70.

What Digital SLR Camera Should You Buy?

That is really simple. Today, you really have three choices and they cover the entire dollar range.

Nikon D700: Buy this camera if you like shooting wide, remember 35mm film and want the same feeling as when you first picked up any of the Nikon classic cameras. It really is the most wonderful camera I have used in my entire life.

Nikon D40: Here is the camera for you, if you love taking pictures with your Canon PowerShot point-n-shoot camera, but it isn’t responsive enough. You push the button to take a picture, the kid moves before the shutter fires and you end up cursing the day you ever bought the camera. This is the camera if you enjoy photography but you aren’t getting the results you want and need something a lot better but don’t want to spend an arm and a leg. The Nikon D40, for less than $400 with 18-55mm zoom lens (refurbished), is the perfect camera for you. Dad got one as a retirement present and is loving every minute of the camera. Honestly, at this price, you are getting an great DSLR for the price of a point-n-shoot.

Nikon D90: Let’s say you already have a digital SLR and it is getting a little old. Maybe you picked up a D100 or a D200 a few years back. You have first or second generation technology, want more but couldn’t justify buying a D300 even if it did have wonderful low-light sensitivity. Maybe you never shot film or, if you did, you really don’t care about angle of view. You want the best DX digital camera on the market today. The Nikon D90 is a year newer than the previous champ, the Nikon D300. While a year may not be a lot of time for some products, in the rapidly advancing world of digital cameras, a year is forever. For about what I paid for the D70 ($1,000) four years ago, you can get today’s top of the line digital DX SLR.

Notice Anything Missing in this Review?

I didn’t mention megapixels once. Here is the reason: megapixels ceased to be a factor when cameras passed the four megapixel mark. For anything up to an 8×10 print, four or six megapixels are fine. The D700 has 12 megapixels but that wasn’t even a factor in my purchase. More megapixels just mean I need more RAM and more disk space. I’d be perfectly happy with a six megapixel D700.

Got questions? Wanna express your undying love for a camera? Comment below.