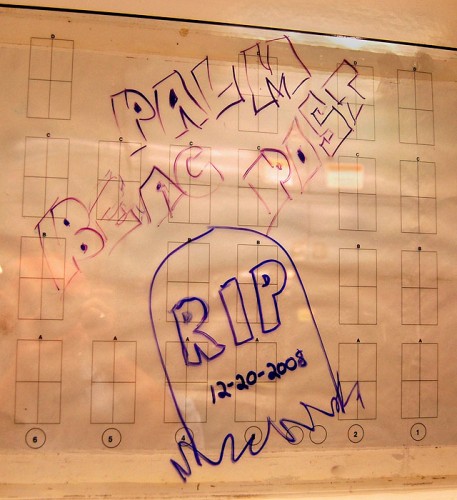 I was working as chief photographer at The Athens (OH) Messenger in the late ’60s when I decided I wanted to see what the best newspaper photo departments around the country were doing. I started subscriptions to about a dozen papers, including The Witchita Eagle-Beacon, The Louisville C0urier-Times, The Topeka Capitol-Journal, The St. Petersburg Times and The Palm Beach Post-Times.

It became clear very early that a lot of those papers get it together for special events and projects, but their day-to-day photos and display were pedestrian, to be kind. 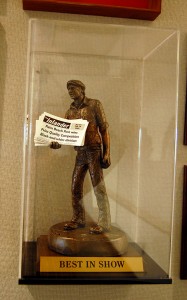 By the time I moved on to The Gastonia (NC) Gazette a couple of years later, I had let all the subscriptions lapse except St. Pete and The Post. They had the best color reproduction of any paper I had seen, but I didn’t like the way that too many of the St. Pete’s feature photos looked “too good to be true.”

Now that I had moved from the Midwest to the Southeast, I was competing with Post photographers in contests and running into them at conferences.

At the end of 1972, I was flattered to receive a job offer from The Post. (I use that term generically to cover all of Palm Beach Newspapers’ publications – The Post, The Palm Beach Daily News, The Florida Pennysaver and now, La Palma.)

Did I ever have a surprise!

The photo department facilities were the worst I had ever worked in. There wasn’t a single enlarger that would hold focus for a long exposure. There weren’t enough electrical outlets, so there were extension cords poked through holes in the wall. The color film processor was homemade and an OSHA nightmare that used a Sears 3/8″ drill hanging from the ceiling to agitate the film.

If I hadn’t been following the paper for a long time, I’d have packed the U-Haul and headed back to beg my old paper to take me back.

We can do this better than anybody else 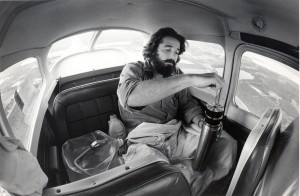 What the paper had, though, was an incredible spirit of “we can do this better than anyone else.”

Long before most papers were even thinking of running color, our folks had figured out how to process film in the back of an airplane or in a car rocketing down the road.

We control our own destiny 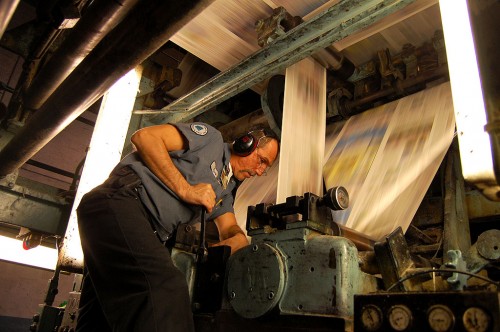 The other thing that was great about The Post was its independence. Former General Manager Lon Danielson didn’t like to be beholden to outsiders. We maintained our own presses, had our own welding shop, had our own telecom staff and computer programmers, had our own print shop, our own electrical and maintenance crews. Because they all worked for us, they had no one else setting their priorities.

We’re in this together 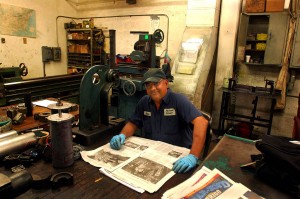 Because of this, we had a great feeling that “we’re all in this together.” If we were reconfiguring work spaces, we’d give the maintenance guys a hand with moving the cubicles and they’d pitch in to help us pull wire. Circulation folks would radio in news tips, and my staff hauled gasoline to bureau reporters in the days after hurricanes.

Employees risked their lives for the newspaper

The best example I saw of devotion to the newspaper came during one of the hurricanes that passed through in 2004 or 2005. The plywood panels covering air vents on the south production building were starting to peel off. If those panels had failed, the press room would have been flooded, and we’d have been out of business for no telling how long. A crew of maintenance workers used firehoses as makeshift lifelines to fight their way across the rooftop in the middle of the storm to secure the panels. You don’t get that kind of loyalty from rent-a-workers.

Years before “breaking down silos” became a fancy catch phrase, The Post, particularly under Lon’s leadership, offered staffers opportunities to explore new career paths and still stay at the same company. I was director of photography and ended up as telecommunications manager; the head of what was called Data Processing became general manager (Lon), and his successor was made production manager; an assistant sports editor became assistant production manager and then moved over to advertising operations. This cross-fertilization caused departments to better understand how all the pieces fit together. 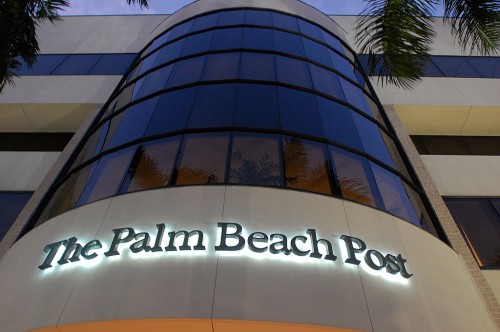 In 1995, when the newspaper moved into a fancy new four-story building, I told the Cox head honcho who came down to cut the ribbon my first impressions of the place. “The only way this place could have worked like it did was that it managed to tap into (or suck out) the souls of dedicated employees. Lord knows that everything we accomplished was in spite of, not because of the tools we had to work with.” 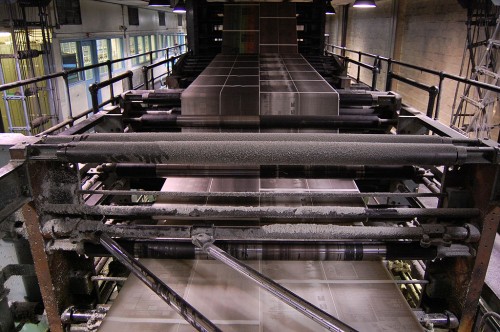 After that construction project, The Post bought property near the South Florida Fairgrounds for a state of the art printing facility. It was estimated that it was going to cost about $110 million.

Then the economy stumbled 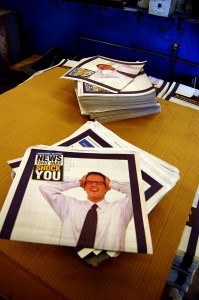 The printing facility was put on hold. The publisher retired and a new publisher was brought in. When asked when we were going to build the new facility because the old presses and mailroom equipment were getting long in the tooth, he said, “I don’t think Cox will make that kind of investment until the paper has been in the black for at least 10 years.”

In August 2008, about 300 employees were offered “voluntary separations.” I was one of them.

The biggest bombshell came close to the end of that year: The Post, which had set a standard of printing excellence for almost 40 years, was going to farm out publication to the Sun-Sentinel. Most of the distribution of the paper would be handed over to our former competitors. That cut staff by about another 300 employees. More jobs would be lost in 2009, shrinking what had been about 1,400 employees to about half that in about 18 months.

“Ask a Local” morphs into “How Can We Help You?” 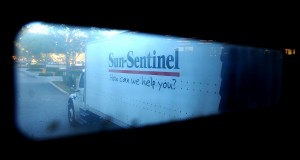 At about the same time, The Post and the other South Florida newspapers entered into “content sharing” agreements. Instead of duking out to see who could do the best job covering the news, now we would give our stories to them and vice versa. What that meant to readers was that there would no longer be two or three reporters covering a governmental meeting, providing two or three different viewpoints. Now it would be one reporter, with his or her story being printed in all of the “local” papers. 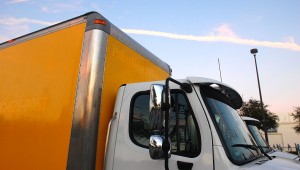 I wanted to see the magic one more time

Even though I was now at the point in my life where I had to sign in at the security desk to get a visitor’s pass to enter a place where I used to possess a “God key,” I felt a tremendous affection for the production staff who made me look good for so many years.

I reached out to some former coworkers who gave me tacit permission to hang out in the press room during two of the last weekends before the paper stopped being printed locally. I’ve always believed that every worker should be able to show his or her kids and grandkids what they did for a living. This is my contribution. 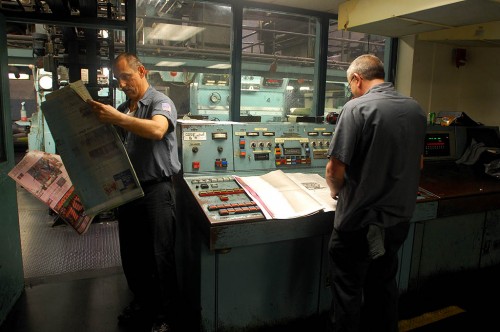 I wonder what happened to the “Last Paper”

This gallery represents some of the folks I ran into and some details of the machinery that produced some of the finest images in the country. I’ll miss them — and the special magic of a running piece of Big Iron.

Click on any image to make it larger, then click on the left or right side of the photo to move through the gallery.

I frequently dredge up old war stories. Here are some that have been published during the last couple of years.

[Editor’s note: nothing here should be construed as being “disparaging” to The Palm Beach Post. That would violate my Voluntary Separation Program agreement. If anything, I recognize that some difficult choices had to be made in these hard economic times, even if they fall into the category of  Ben Tre, a Vietnamese village that “had to be destroyed in order to save it.”

I was fortunate to have been working for newspapers – and The Post, in particular – in the days when journalism was a sacred calling.]