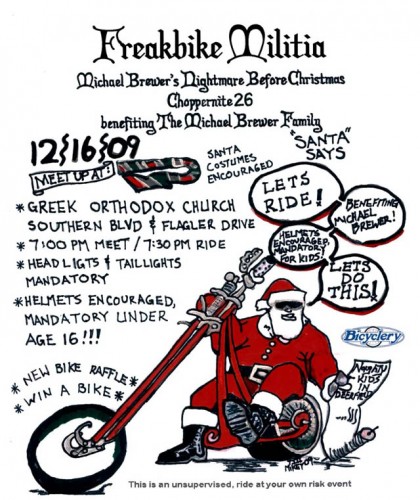 The West Palm Beach Chapter of the Freakbike Militia is planning a series of fundraisers for the Michael Brewer family.

Michael Brewer is a 15-year-old boy from Deerfield Beach, FL, who was set on fire by at least four other boys. It’ll all get sorted out in court eventually, but here are the high (low?) spots. Here’s a fairly good account.

Brewer’s family is facing incredible medical expenses, so the Freakbike Militia is raising money to help them out. You can make donations on line here.

The ride will start, as usual, from the Greek Othodox Church at the corner of Southern Blvd. and Flagler Dr., Wednesday, December 16. Folks will meet around 7 pm, with the ride start at 7:30 pm.

Past rides have been a blast

Here are links to past rides: 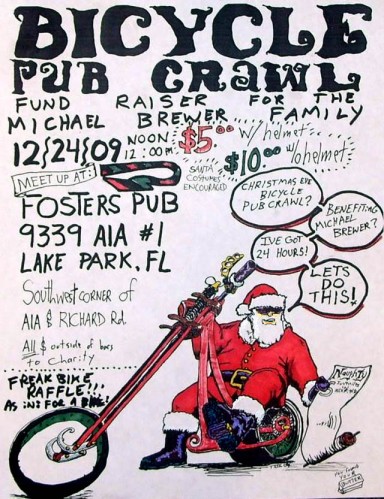 The Militia is holding a Christmas Eve Pub Crawl as a Michael Brewer fundraiser from noon until midnight on Christmas Eve.