Bridges have been on my mind lately. I just finished reading Death in the Everglades: The Murder of Guy Bradley, America’s First Martyr to Environmentalism. It goes into great detail about the Barefoot Mailman route down the east coast between Palm Beach County and Miami in the days before roads, trains and bridges.

About the same time, I stumbled onto a great website for bridgehunters, run by James Baughn, webmaster of my old hometown paper and producer of The Pavement Ends blog. I decided to sign up as an editor and start documenting some of the bridges I ride over in S. FL. 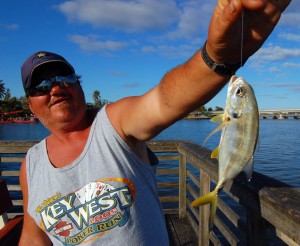 While looking for a place to shoot an overall of the bridge, I stumbled onto a small fishing pier at Bryant Park where I met Charles Glaze (Glaze, like the donut) and his friends, Shawn and Terry “we don’t have a last name.” 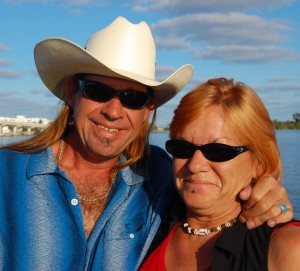 Charlie and his buddies used to dive off the highest point of the bridge into the channel below. Charlie says “it’s not so bad. People think we’re trying to commit suicide, but we’re not. I dive, not jump. That keeps my weight behind me. It ain’t as bad as people think it is. I don’t do that anymore, though,’cause the judge done put the fear of God into me.” 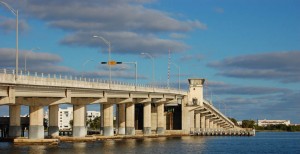 “My buddy, he jumped off one night and somebody called out the police (pronounced po-leese), so he swum underwater until he got underneath the dock to hide. “Feel everybody’s shorts,” the cops said, “cause if they’re wet, it’s him.”

How long ago did this happen?

“Oh, about two-and-a-half weeks ago.”

A wooden span over the Intracoastal Waterway was built in 1919, but the 1928 hurricane wiped it out.

It was replaced by a concrete drawbridge in 1937. It carried traffic until the new bridge was built in 1973. The Florida Department of Transportation (FDOT) inspected the new bridge in 2007 and gave it good passing grades. That should make the 10,900 folks a day who go over the 1,566-foot bridge feel better. 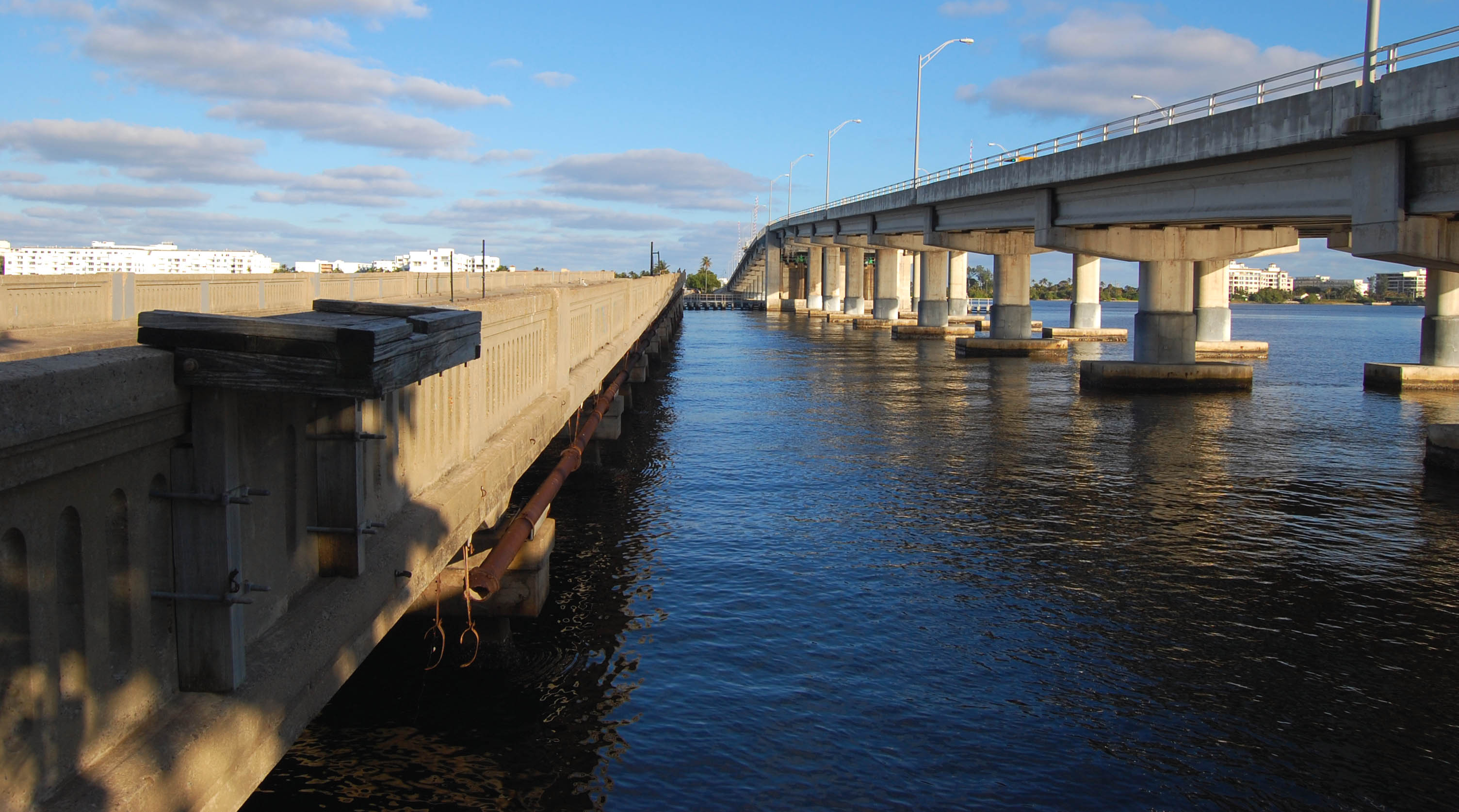 The middle of the 1937 bridge was demolished, but the east and west ends

were left for fishing piers. The west end was condemned by the Florida Department of Transportation this year as being unsafe. To the dismay of local fishermen, a six-foot-high chainlink fence was erected to keep them off the pier.

Charlie doesn’t see what the big deal is: “They don’t have any problem putting a big truck out there to launch fireworks. They couldn’t put enough people on that bridge to cause it to collapse.”

Big hole in the fence 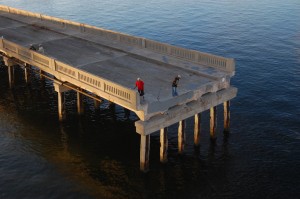 Judging by the big hole in the fence and the number of fishermen seen on the pier this week, it looks like the No Trespassing signs don’t scare off everyone. That’s not to say there’s not some level of enforcement. The Palm Beach Post’s police blotter column Sept. 18, 2008, noted that two men were arrested for trespassing on the bridge.

The county plans to demolish the old bridge as it makes improvements to the Snook Islands Natural Area. The remains of the old bridge will become fish habitat. Eventually, the city and county will join forces to build a 500-foot boardwalk, a 567-foot fishing pier and a gazebo near the habitat. 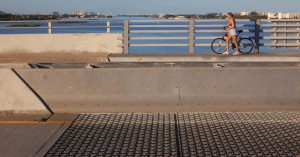 Popular with peds and cyclists

The bridge provides a shortcut to the Lake Worth Beach on the ocean. Scores, if not hundreds of walkers, joggers and cyclists cross the Intracoastal here every day on their way to and from the mainland.

It’s not hilly down here

Cyclists in S. FL don’t see many hills. In fact, if you want to get any hill training in, you’re pretty much limited to bridges like this one and the Blue Heron Bridge in Riviera Beach. Both bridges have wide shoulders. 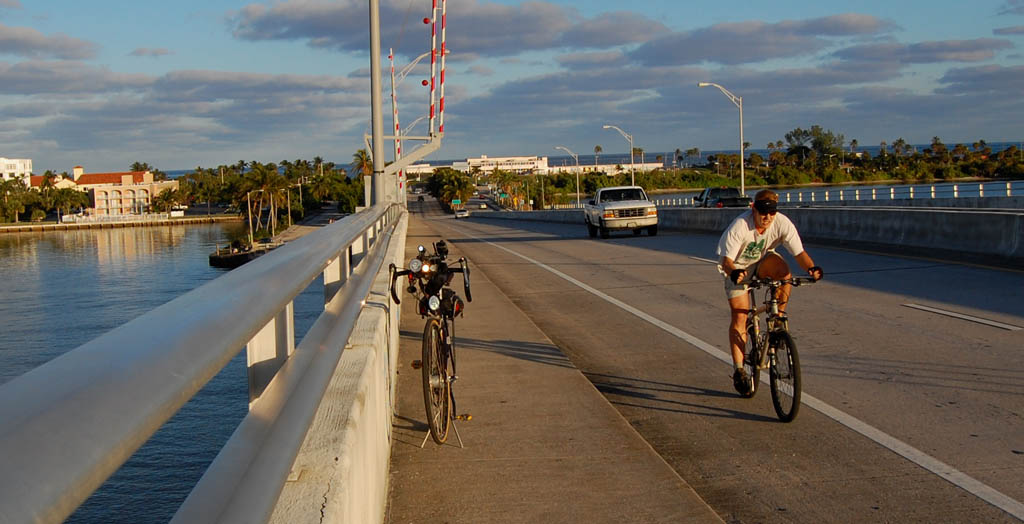 10 Replies to “Lake Worth Bridge, Serving Floridians since 1919”