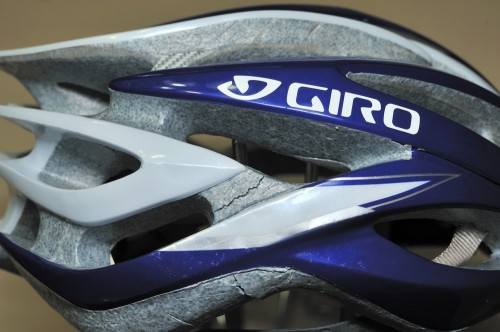 It was a messy weekend on Jupiter Island this weekend.

A few riders in the A- group went down, one took a helicopter ride to the hospital, one took an ambulance and one had her husband pick her up. By Saturday afternoon, all were reported in good spirits though one was kept overnight for observation.

While waiting for the medics to show up, a southbound group of three riders were paying more attention to the crash than their riding. They touched and the 20 or so of us on the side of the road got to see them touch, flip and crash. They rode off in minutes, mostly unhurt but with some potential mechanical problems.

Later in the day, I’m told a rider on a TT or tri bike went down on the steel drawbridge. His deep gash was going to require stitches.

Be Careful — Wear Your Helmet

Accidents happen. No one was being especially stupid. None of the accidents involved cars, dogs or bad roads. You put enough hours into any sport and you’re going to get hurt. The trick is to be careful and be wearing the right equipment so that any damage is minimized.

The crack in the helmet above isn’t all that impressive. You can see from the photo below, the crack goes all the way through the helmet. 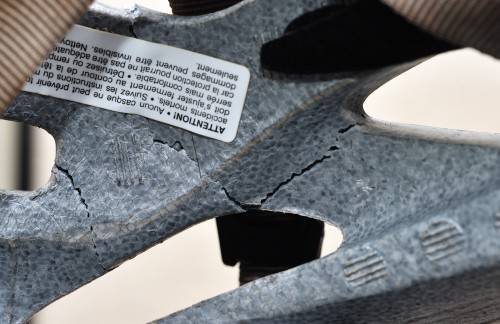 Cracks in Helmet Could Have Been Skull Cracks

This helmet belongs to the guy who took an ambulance ride to the hospital. He is an experienced cyclist with several thousand miles under his belt, many of those on the same road on which he crashed. You don’t get to pick when and where you’re going to crash so it’s best to always ride with a helmet. Those helmet cracks could have been skull cracks.

Before you swear off group rides as being more dangerous, keep in mind that you can fall and hurt yourself while riding alone, too. The advantage of riding with a group is that there are lots of people available to provide assistance, get a license plate number and call for help.

In either case, wear your helmet.